Released in November 1998, Valve’s Half-Life shifted the expectations of the world’s videogaming communities about first-person shooters (a.k.a. FPS – a game focused on shooting monsters and/or people while playing from a first-person perspective). Rather than concentrating solely on the player’s skill at shooting enemies, the game placed a huge emphasis on storytelling as well.

When it was initially released, I was too young to play this game. Playing it for the first time in 2014, I found myself amazed by the depth there is to it. Half-Life is not perfect, but it uses some classic storytelling techniques really well – grounding you in its world, the character you play, and the events that unfold around you.

Here are three things ­Half-Life can teach us about how to use storytelling in B2B content marketing:

3. Put the audience in the shoes of your story’s main character 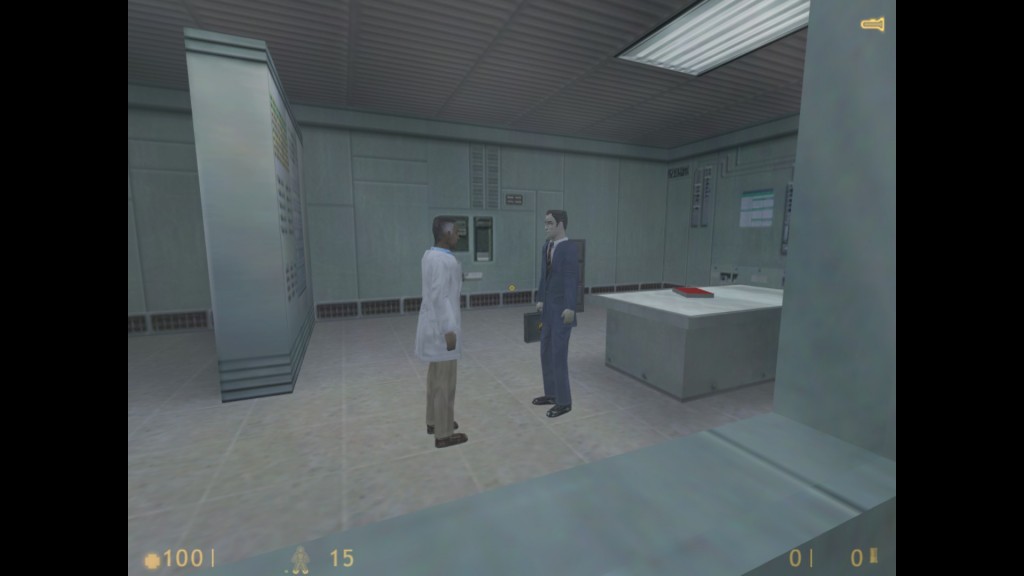 You glimpse this conversation as you head to your work station, unable to hear what is being said…

Valve made it easy to identify with Gordon, the character you play in Half-Life, by using a first-person perspective and having him as the only character without a voice. This enables you to transfer your own voice or personality onto Gordon, putting you in his shoes for the entire game. Everything that happens to him happens through you.

The game also limits the amount of information about Gordon that you’re told rather than shown.

In content marketing, you don’t need to put your audience in a first-person perspective in a literal sense. Instead you should ensure you present your audience with characters they can identify with and give them opportunities to do so – showing that you understand their needs, problems and desires. 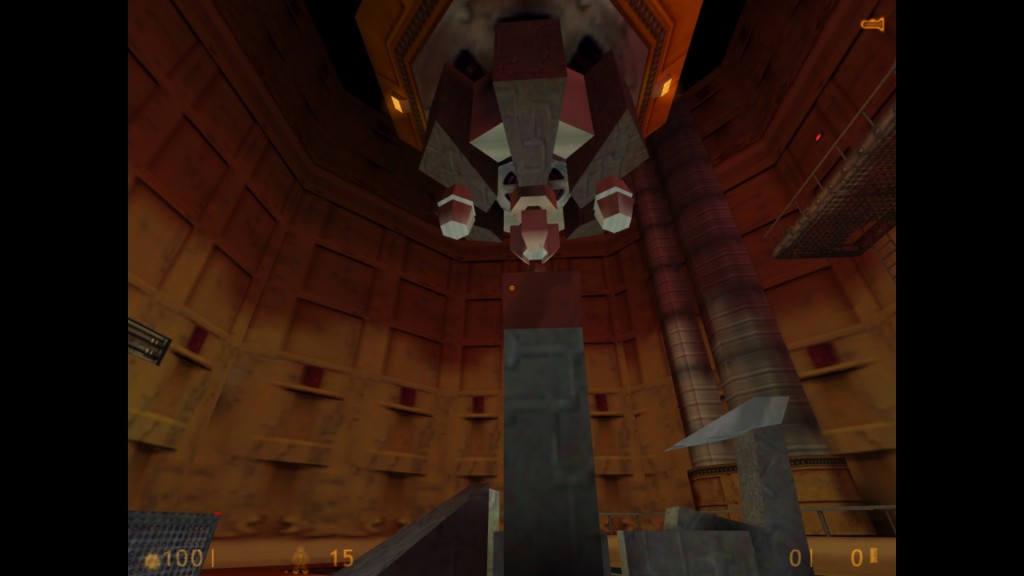 Most of the game’s intended audience don’t have a Ph.D. like Gordon does. And if they do, it’s probably not for completing a thesis titled, “Observation of Einstein-Podolsky-Rosen Entanglement on Supraquantum Structures by Induction through Nonlinear Transuranic Crystal of Extremely Long Wavelength (ELW) Pulse from Mode-Locked Source Array” (that’s the name of Gordon’s Ph.D. thesis).

But Half-Life doesn’t talk down to you, or bombard you with expositions on quantum mechanics. You’re treated as if you know all about the possibility of teleportation and its potential consequences.

For example, if you sell a SaaS marketing platform, don’t assume your audience knows nothing about lead scoring or you’ll risk treating them like idiots –a sure-fire way to damage your brand.

1. Always try to show, rather than tell 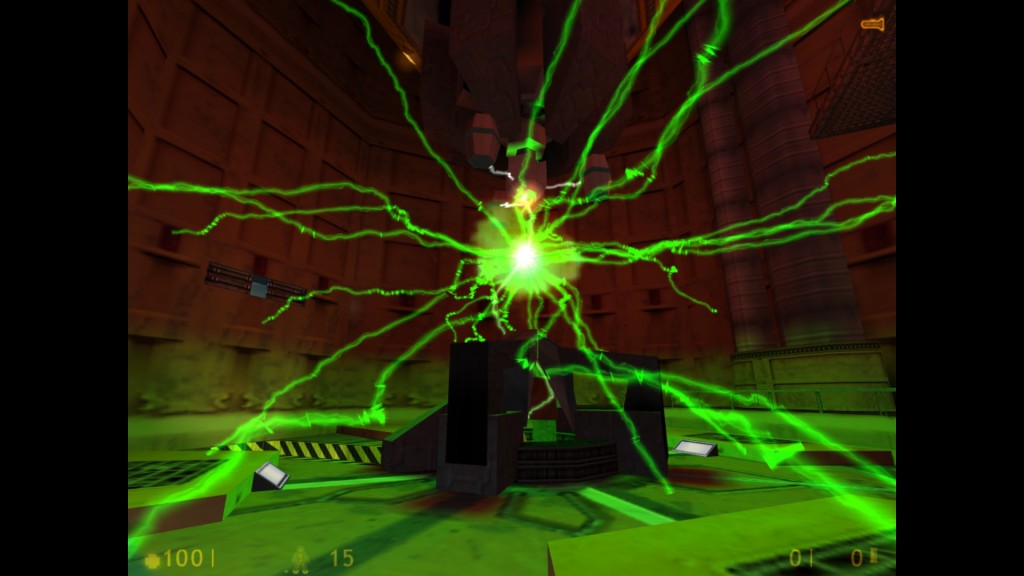 We don’t need to be told that that was unexpected.

In the opening of Half-Life, Gordon is taken through an underground transit system that serves as a scientific research complex. A pre-recorded message plays, going through the basic rules of working for Black Mesa, the fictional technology and research company that employs Gordon.

While the message plays, you’re moved through various bizarre and dangerous looking research and testing areas. You’re shown what Black Mesa and Gordon’s work life are like. Even the message is filled with subtext, never saying outright what you’re really getting yourself into, but menacingly suggesting that you’ll be lucky to make it out of the complex alive.

It’s not just visuals that tell a story – you should make an effort to have dialogue that uses subtext, helping you to show rather than tell. And never overload your audience with context, because it’s narrative, not context, which moves a story forward.

If you’re not too squeamish, I highly recommend playing the game sometime if you get the chance. It’s available for both PC and Mac.

Header image adapted from oh, what a feeling by Regan Walsh under a Attribution-ShareAlike 2.0 Generic Creative Commons license. The image of crowbars will make more sense if you play Half-Life.

B2B blogging keeps changing – so how do you write a good post?

Blogs are the second most used content tactic by B2B marketers. Find out how to write B2B blogs that people will want to read and engage with.