Remember when people were people, and software was software? Well, those simple times are over.

Now, your favourite apps and messenger services are all sprouting chat bots, and those bots are falling over themselves to be your online BFF.

The next big thing in customer engagement?

Lots of companies see bots as the next big way to engage with customers and – frankly – sell them stuff. And now, messaging platforms like Slack and Telegram, and voice assistants like Siri and Alexa, are opening up the market by allowing businesses to create bots for their platforms.

But to really get people to engage with them, bots have to sound at least passably human themselves (or so say several thousand PhD theses on neural networks and human-computer interaction).

And that’s where things get tricky.

Who puts the chat into chat bot?

Bots may sound human, but at heart they’re just lines of code. Anything they say has to be pre-written by an actual human being.

At June’s Software Cornwall conference, Wo King, founder of Penzance-based start-up Hi9, suggested this would open up huge new opportunities for copywriters. That sounded pretty cool, so I invited Wo over to Radix Towers for a proper chat about the next copywriting gold rush. Here’s what we talked about:

Fiona: Wo, tell me a bit about your business.

Wo: I’m the CEO and founder of Hi9. It’s a tech startup, part of the Google Launchpad program. Our aim is to make the web simple. Tons of people in this country are still digitally excluded, and there’s a tendency to think it’s because they haven’t had the right training. But I think that’s nonsense; it’s because the web’s too complicated.

Studies show that 80% of people only use five apps. Most people just want banking and shopping. So our product, Deko, simplifies the web down and gives them just those things. We’ve run it as a pilot with some NGOs and housing associations, and now we’re aiming to raise some capital on Crowdcube to develop it further.

Fiona: So does Deko use bots?

Wo: Yes, because we want to take Deko to where the users are. Our users aren’t on a desktop computer searching, but they are on messenger apps – or a lot of them are. So we’re integrating Deko into those apps using bots.

Fiona: Perhaps this would be a good time to explain what a bot is?

Wo: It’s a piece of technology that replicates a human being. It helps you when you want to do something, and it looks as though a human being is interacting with you, but it’s actually a piece of software. Microsoft Clippy was an early example – not a great one, but it was one of the first.

So on messaging apps like Facebook or WhatsApp, you can interact with a bot, ask it questions, have a conversation, get it to look stuff up for you, get it to show you products, then help you to buy something – the whole funnel.

And this is massive, everyone’s getting into it. Facebook has a bot app store, WhatsApp will be allowing bots later this year, Kik allows bots, Telegram does.

It’s a new gold rush. If people aren’t downloading your app, what’s the point of creating a new app? But everyone’s on WhatsApp or Facebook Messenger or another messenger service. So creating bots for those messenger apps will be a massive new communication and sales channel for businesses.

Fiona: And that means lots of opportunities for writers to craft those communications?

Wo: Yes, because the way the bot interacts with you is going to be so important. [Voice assistants like] OK Google and Siri and Amazon’s Alexa are leading the way.

Think about OK Google, how you talk when you use it to order a pizza, or clothes. It’s the same [type of conversation] with a bot, only in text. H&M have a bot with Kik that lets you actually look at clothes, buy them, go right through the process.

All those interactions need to be written, but in a way that feels like a conversation. And a lot of that conversation needs to be structured into actions, like an old-school text adventure game.

The writing opportunity is going to be huge. [As well as text-based bots], OK Google, Siri and Amazon have all opened up to developers. Very soon, everyone will be developing services for those platforms. And all those services will need to be scripted – that’s copy. So copywriters are going to have a bonanza. And yet I haven’t seen any copywriters talking about it at all!

“Very soon, everyone will be developing [bot] services. And those services will need to be scripted – and that’s copy. So copywriters are going to have a bonanza.”

Fiona: So who’s writing all that copy at the moment?

Wo: It’s the developers themselves. And maybe someone in marketing. Completely the wrong people to be writing copy, because they don’t have the skills.

I mean, when we’re developing our bots, I’m putting the copy in, which is just nuts. I shouldn’t have anything to do with it. At some companies a content person does it, but again, it’s not the same. It’s a conversation, not a blog post. It’s a really different way of communicating.

“You’re writing a conversation, not a blog post. It’s a really different way of communicating.”

Fiona: It’s like writing a script, but you’re only writing one side of the dialogue, and imagining what the other person is going to say?

Fiona: So copywriters will need to learn new skills, too. We’re used to writing one-way communications.  We’ll write in a conversational way, so that if you’re reading a website, it feels like someone is talking to you. But essentially we’re writing something where the reader is not talking back. So this is going to be a new paradigm, if you like, for us to get our heads around.

Wo: It is. I mean I don’t think people have even come up with terms, with language. Well, there are templates, Facebook has templates. There’s shop template, for example. You can have up to 1,000 characters in the metadata and 300 characters in the text. It’s all very short because it’s optimised for mobile.

Fiona: But doesn’t the bot learn from what people say to it, and start to assemble its conversation itself?

Wo: No. Well, Facebook is trialling that with its Facebook M beta project. But it’s really hard to get deep learning experts. Google’s bought them all. They bought a deep learning company in London for £400m, just to get the people. And now they say they’ve got between 10 and 40% of all the deep learning experts in the world. Artificial intelligence and deep learning are coming into this, but there’s just not enough people who know enough about it. So copy is going to be really important.

Fiona: I did see an article in Forbes about Slack holding writers in the same regard as engineers, because they are delivering almost the same value to the business… exactly because of that.

Wo: Yes, exactly. There’s no designer in the process, so getting people to engage with the bot is all down to the quality of the copy. And this is where machine learning will come in, we’ll start to understand where conversations go wrong. So you’ll be able to see when a conversation starts going down the wrong route. Or where there are long conversations but they’re not delivering any value.

Fiona: Are any companies doing this really well already?

Wo: The pizza ordering bot on Slack is beautiful, you can just chat to it. A few are experimenting with stories, which is kind of cute. The H&M one is quite good. But it still says things like “Are you a man or a woman?” “Do you look like this or like this?” It’s like the dullest questions a person can possibly be asked. Talk to me like a human being! They’re writing it from the point of view of “we need this information in order to go to the next step”, rather than what the person actually wants.

“They’re writing from the point of view of ‘we need this information in order to go to the next step’, rather than what the person actually wants.”

So it’s early days. But this is the year that it’s going to start exploding, as all the messenger apps and voice assistant platforms open up to developers. And anyone who’s got any first move is going to be very sought after.

Are you a copywriter who’s writing for bots? Or a bot developer experimenting with different approaches to copy? Tell us about your experience in the comments, or tweet us @radixcom.

Consistently, B2B content marketers find it hard to create content that audiences give a damn about. But what’s the big challenge – and what can copywriters do to make it engaging? Listen in, and find out. 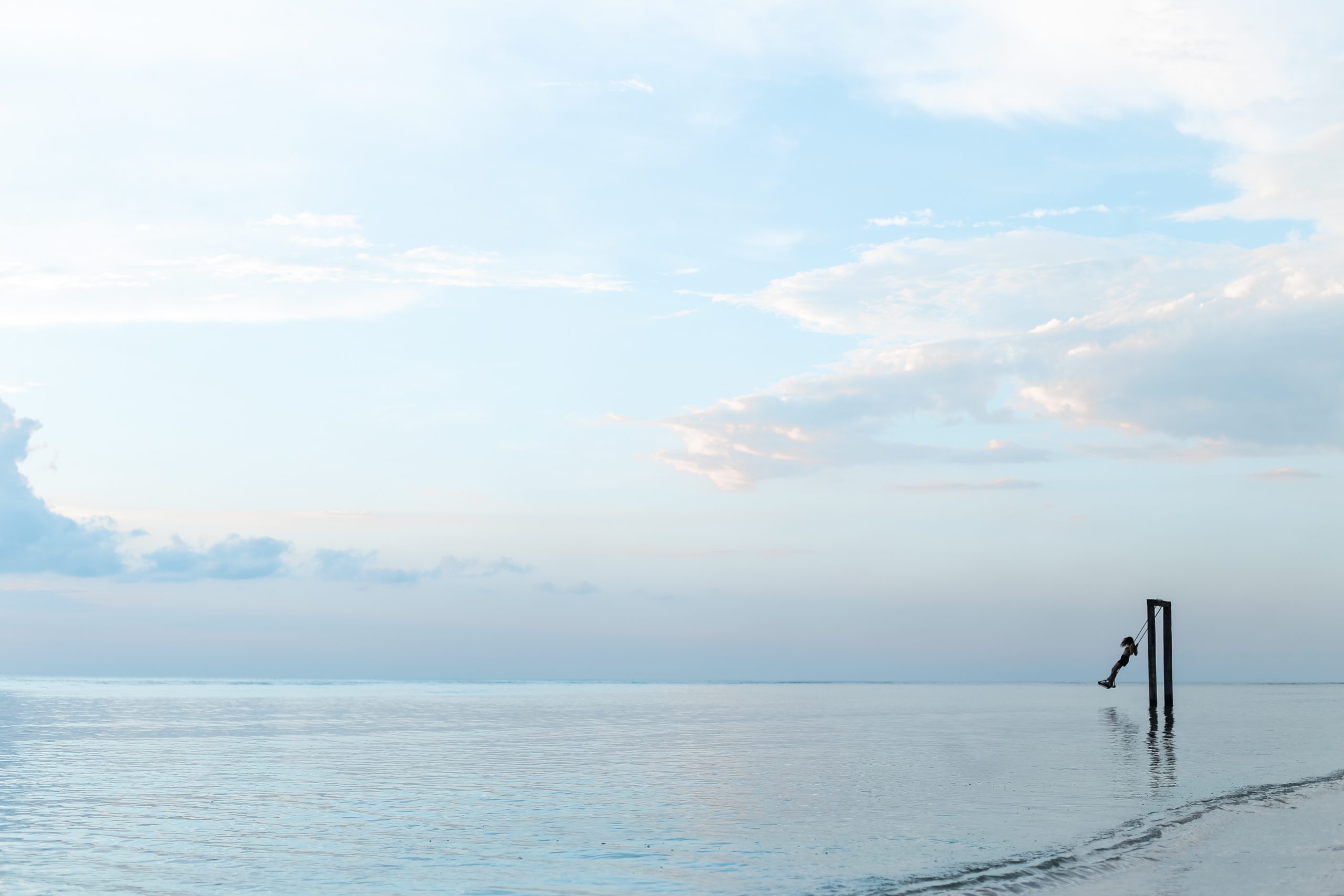