“Print is dead,” intones Dr Egon Spengler* at one point in 1984’s Ghostbusters.

It was a bold claim to make in the year when US newspapers reached their highest-ever daily print circulation, and a full seven years before anyone set eyes on the World Wide Web. But as Spengler goes on to say that ‘spores, moulds and fungus’ are ‘the food of the future’, I assume he was operating on a more visionary plane than the rest of us.

Egon Spengler may have been the first to call the demise of print, but it’s been pronounced dead many thousands of times since, and progressively more so as the digital world has swallowed up everything from the Encyclopaedia Britannica to Newsweek.

And in few places has the death of print been more heralded than in marketing, where direct mail has been replaced by automated email nurture campaigns, lavish print ads by unlovely little PPC boxes, and billboards by YouTube videos of lunatics jumping from the edge of space.

But is print really dead, or have the rumours been exaggerated? A few things lately have made me think it’s not quite as moribund as it’s meant to be – and that it might even be making a comeback.

The Rebirth of Direct Mail

There’s no denying that email marketing is cheap, easy to track and – sometimes – pretty effective. But with every marketer and his office dog now using marketing automation systems to blast out weekly (even daily) ‘nurture’ emails, their impact is waning. As marketing guru Gary Vaynerchuk says in his Storytelling in 2014 SlideShare: “Tell me the last time you had a click-thru rate of over 28% (because I bet you can’t).”

Storytelling in 2014 from Gary Vaynerchuk

And the other thing with email, as any B2B marketer will tell you, is that it never gets past the gatekeeper. CEOs and other high-ups have people to delete their emails for them. There’s no point wasting time on lavish A/B subject line experiments with this lot, because the email never gets to them in the first place.

But a piece of beautifully designed, beautifully packaged, accurately personalised direct mail? That has a chance of getting through. Really nice examples include this print-and-augmented-reality hybrid campaign for Monarch Airlines by WDMP and BlippAR, and these lovely Google Maps for Business and Google AdSense (I love anything paper-cut) campaigns by Earnest. 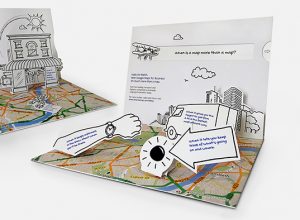 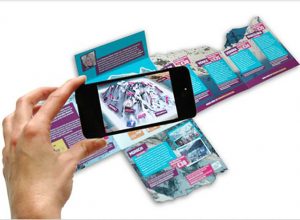 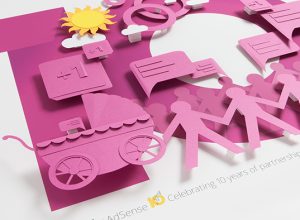 When print is used to create something attractive and intriguing, you don’t mind being marketed to, because you feel you’ve received something beautiful (and potentially also genuinely useful) in return; something that someone has spent a long time thinking about and crafting for you. That’s not a feeling you generally get from an inbox full of marketing spam.

Rise of the Magazines

That sense of using print to create something beautiful and desirable seems to be behind a current mini-renaissance in print magazines, too. This Observer article from a couple of weeks ago caught my eye – there’s a trend towards young designers and journalists turning their back on digital and creating visually-stunning, short print-run magazines instead. 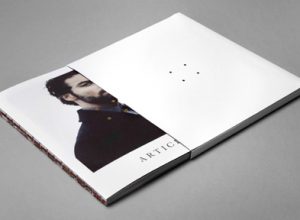 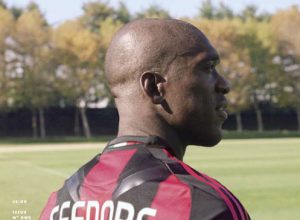 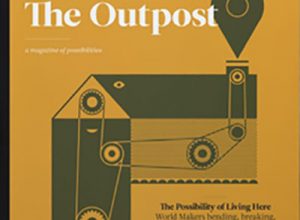 Again, there’s a sense of taking time to create something beautiful and thoughtful, hence the leisurely monthly or quarterly issue cadence. As an antidote to the head-spinningly frenetic world of digital content production that we at Radix tend to inhabit, it really appeals to me.  Recent years have seen backlash trends like long reads and slow blogging emerge online, and it’s nice to see this kind of thoughtfulness trip back over into the physical world, too.

When the online world is overflowing with content and distractions, there’s real pleasure to be had in switching it all off and focusing quietly on a single, self-contained work, so I’d really love to see more clients combining copy and design to create useful and thoughtful printed works this year.

We’ve even been considering launching our own quarterly magazine (something fellow Falmouth-based copywriters Stranger Collective are already doing – and hats off to them), and if we can take enough time out from writing endless reams of tweets, eDMs, infographics and ebooks, I hope we will.

For more views and tips on B2B copywriting, why not subscribe to the Radix Copycast on iTunes? (You can also listen to back episodes online here.)

* Weirdly, I’d planned the first line of this post a couple of days before it was announced that Harold Ramis had died. Rest in peace Harold Ramis, you were totally the best Ghostbuster.

What was big in B2B copy in 2015? The Radix Christmas wrap-up

Blogs, web copy and nurture campaigns: the Radix team reflect on the big trends of 2015 in B2B copywriting and content marketing—and our hopes for 2016.

As a B2B tech copywriting agency, Radix has a great first-hand view of the types of content that marketers in the tech sector are producing. For this post, Emily and Fiona sift through every project the Radix team worked on in 2014 to uncover the year’s big trends.