I am a cyborg. You are a cyborg. We are all cyborgs. Try to stay out of the rain.

Who was it that first said that we are all cyborgs now? And when?

I have no idea. Because as I write this I’m not actually connected to the internet* – and whatever bit of me that might have known the answer was long since outsourced to Wikipedia or Google or some other bit of cyberspace. (I could check on my phone, I suppose, but that would mean getting up and finding it and then writing a whole new opening).

But it’s not just my memory of who it was that said ‘we are all cyborgs now’ that resides online: I have countless other memories stored there (and on my phone): facts, photos, notes, pieces of writing, online identities, contact details for friends and acquaintances, even some of the conversations I’ve had with them. Inasmuch as I am my memories – as well as the memories others have of me – a part of me now irretrievably is the internet, is my mobile phone, is my laptop, is ‘the cloud’ – is perhaps now even you, if you’ve read this far (you didn’t count on being me when you started, did you?).

At present, though, following a house move, I find myself in the nowadays disorientating state of ‘being between permanent internet connections’. And since I’m prone to pointlessly overthinking simple things even at the best of times, on top of this cyborg stuff I’m going to get all existential on you. Well, as you’ll see, they’re perhaps not unrelated.

Broadly speaking, for those that don’t already know, existentialism (or at least the phenomenology bit of it) has it that each of us exists fundamentally in three simultaneous aspects: as a discrete physical object (one’s body: being-in-itself); as a consciousness conscious of itself (the mind: being-for-itself); and as an object of which others are conscious (the social side of one’s self: being-for-others). Where we go from there, what we become, is very much up to us – existentialism is nothing if not big on choice, and how we define ourselves by our actions – but to realise one’s full potential, to lead a full existence, perhaps entails fully embracing and integrating each of these aspects of the self. (See also: existential psychology/psychotherapy).

So what happens, then, existentially speaking, when we cyborgs become temporarily disconnected from the bits of our selves we’ve unthinkingly stored elsewhere?

Yes, that’s right. We find that lumpy, fleshy bit that still remains asking another fully grown human being in all bloody seriousness if he has a ‘dongle’ – and he has to ask whether we might prefer it in pink, white or blue… Because that’s his job. Whither human dignity? Whither Sid James? Whither Carry On?

But what I find myself still pondering (though mostly offline, to save data allowance) is: what would Sartre, Kierkegaard, Camus, et al, have had to say about the way we now so routinely outsource parts of our very selves? The way we experience, express and even store (parts of) our selves external to our own body?** About a decentralised self? About a partly-virtual self? In short: about cyborgs and being-outside-of-itself?

Yes. I know. Being-without-the-internet has left me with too much time on my hands. But doubtless I’ll soon find someone who’s tried to answer. That’s the beauty of the internet: all human life is here…

*Other links filled in later, prior to posting.

**External to our own minds too? (Are we literally going out of our minds?) Or are our minds now something bigger, more diffuse, more collective? Maybe Jung and Durkheim should be part of the discussion too? 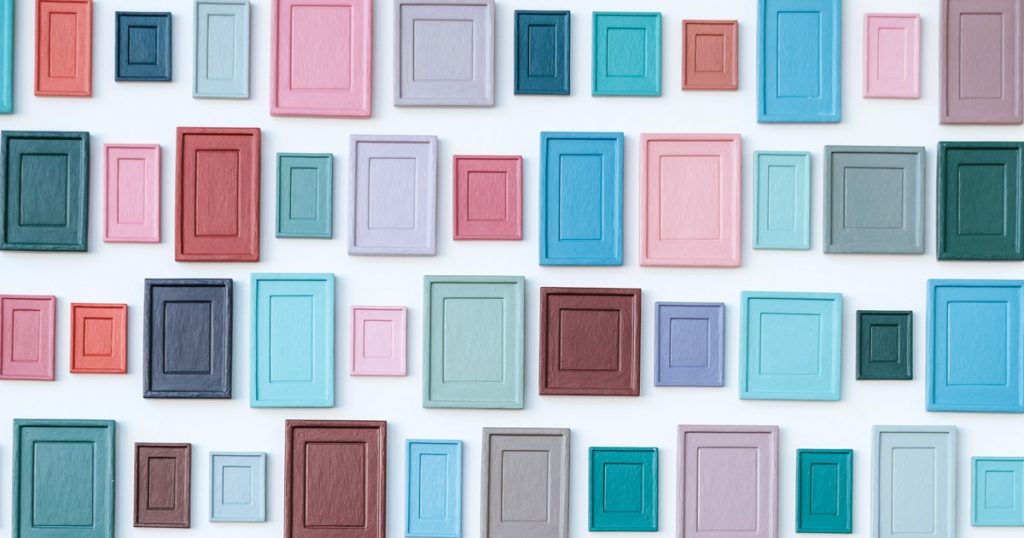 Referring to marketing assets as "content" is commonplace – but does it limit creativity? Mat Harper thinks so, and he tells us what we should do about it.

5 cognitive biases, and what they can teach us about B2B copywriting

The human mind is a complex and powerful tool, but it’s not without its flaws. Learn what our inbuilt cognitive biases can teach us about writing B2B content.