A friend and colleague once gave me an excellent piece of advice: if you want to shake up your copywriting, go and buy an old-fashioned rhetoric.

Since classical times, scholars have studied how to use language in persuasive and engaging ways – there’s thousands of years’ worth of knowledge on this stuff. So use it.

(As copywriters, we don’t always need to reinvent things – even when we think we’ve come up with something new, the chances are we’ve only stumbled across a formula someone else has already described.)

So, as copywriters, we put things in threes. Because groups of three are powerful, and funny and satisfying. That’s not new (and I don’t just mean “Mad Men” not new).

To the Greeks, it was so well known there were different versions: hendiatris and tricolon (a tricolon is a kind of hendiatris; not necessarily the other way around).

Anyway, here’s what the presentation said:

I came, I saw, I conquered.

The Good, the Bad, and the Ugly.

Things that come in threes feel innately satisfying. There’s a power to it.

Shakespeare uses it a lot. He plays on in King Lear. And this is as old as the hills.

This is rhetoric from Greek and Roman days. And the reason that rhetoric survived, and that there are the Greek names for stuff like this, is that it works.

If you if you want to shake up your marketing — I know it sounds really stupid — get a book of old-fashioned rhetoric techniques and have a look, because I guarantee any successful slogan that you can think about, any successful strapline, any piece of marketing that really grabs you… you can probably find a technical name for it.

You’ll look through and go, “Oh yeah, this is…”

And generally speaking, if one of your three things is a bit weak – either it’s the weakest argument or just has the least impact verbally— stick it in the middle.  Start strong and end strong.

Check out the next video, and find out why you should avoid starting at the beginning when you write. 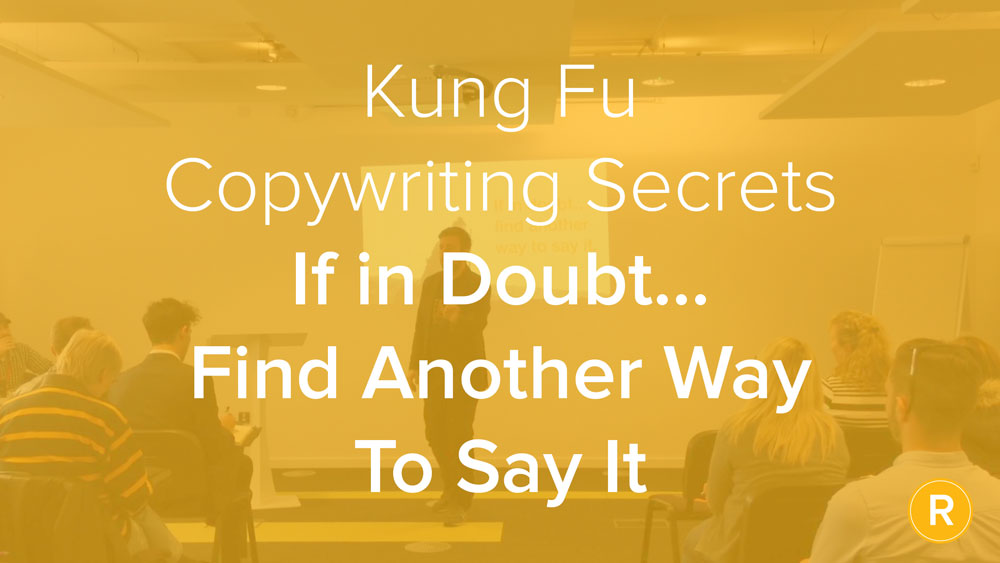 As a marketer, it can be daunting to put your suppliers in direct contact with the characters inside your organisation. But for writers, it’s a gift.