It’s late November, and writers around the world are deep in the weeds of National Novel Writing Month, having a collective existential crisis over their plot holes and repetitive strain injuries.

NaNoWriMo, as it’s widely known, is a 30-day novel-writing challenge that sees hobbyists churn out 50,000 word manuscripts with varying levels of success and quality. (I participated for several years before I became a professional writer; those absolutely awful ‘novels’ will never leave my hard drive.)

If you research the challenge online, you’ll notice there’s a lucrative cottage industry operating around it. Bloggers everywhere are constantly adding to an avalanche of NaNoWriMo-themed listicles, crammed full of tips for how to encourage/bully/bribe yourself through the process.

Many are fluffy SEO-friendly nonsense, but they got me to thinking about the hard-learned lessons I had from my own tragic forays into military fiction and medieval romance. There are definitely techniques a B2B marketer can pinch to help get words on the page quickly and semi-coherently.

A lot of the classics – tell people you’re doing it for shame-based motivation purposes, and so on – won’t apply to the kind of writing you might be doing as B2B marketer. But when you’ve been given a writing task to do (or inflicted one on yourself), it can be useful to see how the novices gear themselves up for writing to a deadline.

Strike the balance between planning and pantsing

When you’re presented with a writing task for work, the natural inclination is often to throw yourself into it and just get some words down – you’re on a deadline, after all. But without some semblance of a plan, you risk writing a load of crap.

Writing a lot of crap quickly is often at the heart of NaNoWriMo projects. Generally, writers fall into one of two camps – those who prepare, and those who “fly by the seat of their pants”. (Hence the truly grotesque term “pantsing”.)

Hearty preparation for the event is encouraged and even included within the official rules, but it’s not for everyone. Some people like to just wait for the clock to tick over from 11:59pm on October 31st and start writing their novel at midnight without a clue about where they’re going with it.

In NaNoWriMo, you can afford to go on a lengthy ramble and worry about your plot holes later – but at work, you can’t. So set aside a little bit of time before you start committing words to a page to think about where you need to take your readers, and how they’re going to get there. It doesn’t matter if it’s bullet points or the most detailed outline ever written; just draw yourself a map and try to follow it.

Become a plantser. (Sorry, that’s so much worse.)

A few years back, when I first interviewed to work at Radix, Matt and Steve asked me to name something I thought I could improve on.

It didn’t take much thinking to identify my chronic self-editing problem. I worry about word choices. I fret about dashes and commas and semi-colons. I lose sleep over what’s an acceptable metaphor to use in that sentence, or whether I can get away with making a joke in that paragraph. And these aren’t bad things for a professional writer to focus on – until they get themselves in the way of the actual writing.

You can’t edit something that doesn’t exist yet, and there’s no sense worrying about individual word choices before you have a piece of work that’s structurally sound and conveys all the right messages.

So, get a sentence down. Get a paragraph down. Worry about the rest later.

Of course, in NaNoWriMo, “later” is any time between December 1st and the day the universe collapses in on itself. But when you’re writing a piece of marketing with an actual go-live date, you don’t have all the time in the world to edit your ugly word-baby into something worthwhile. There are deadlines.

So carve out some time before you release your magnum opus to take a good, long look at everything you’ve written, and then start agonising over the small stuff.

Find a community – and lean on it

One of the most reassuring things about NaNoWriMo is how many other suckers have signed up to suffer alongside you. Currently, there are 798,162 active writers working on the 2019 challenge. (On a much, much smaller scale, this is also one of the nice things about Radix.)

But if you’re a lone marketer – or, at least, the only one tasked with writing – it can be difficult to get motivated.

In NaNo-land, the community aspect manifests in a whole host of different ways: active forums, local meetups, pep-talks from published authors, live coaching and word sprints, and, well, the list goes on. It’s all designed to help you hit your targets quickly and creatively.

For us everyday writers, it might be a little harder to find the community support – but it’s out there. Twitter hashtags are a particularly healthy resource, whether you’re looking for a motivating nudge or a sneaky five-minute break. Try #B2Bcopywriting or #ContentChat for a bit of work discussion, or #ThingsYouHearInAgencies if you just want to ugly-snort at the universal bizarreness of marketing.

(There are also podcasts, webinars, email newsletters, a conference… all kinds of things to make you feel more like you’re part of a community.)

Gone are the days when a writer’s natural habitat was a hermitage, or a smoke-filled room littered with half-empty coffee cups and discarded balls of paper. If you know where to look, there’s a whole bunch of writing weirdos that are happy to share your marketing trials, tribulations and successes with you.

Careful what you steal

NaNoWriMo might be a heady combination of heart-warming, shared creative endeavour and glaring writerly discipline issues, but there’s definitely value in borrowing from the formula. All you have to do is be choosy about what you borrow: the discipline of writing consistently to a plan, the freedom of writing now and editing later, and the motivational camaraderie.

Ignore the urge to sacrifice quality for quantity, and you’re halfway there.

And if you still look at the brief for a blog post or ebook that needs to be written, and feel vaguely sick at the idea, well… you know who to ask. 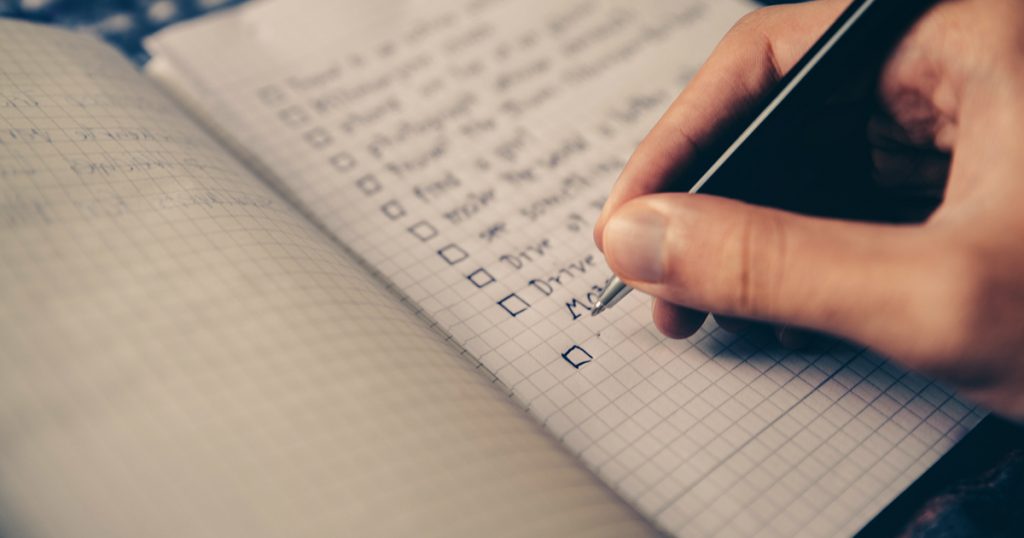 A basic structure you can use for almost any blog post

Don’t know how to start your blog post? Just follow these headings, and you’ll have a simple structure to help you get writing...

7 pro copywriting secrets that can improve your writing – fast

Pro copywriters rely on a range of tricks to produce the best content. Here’s seven of the easy ones you can start using right now.