At work there are good days, there are bad days, and there are landmark days.

Landmark days don’t come along very often, but today is one.

Not because it’s Radix’s 11th birthday, even though it is. And not because we’ve just finished our most successful and most profitable year ever, even though we have.

On Friday I handed over a baton I’ve held for the past eleven years – and I couldn’t be happier that Radix’s new owners are none other than our operations director Sophie Reynolds and our creative director David McGuire.

(You can see the official news here.)

I’m not going anywhere, incidentally – I’m staying as Radix’s chief executive officer for the next two years, to oversee the transition and guide us through whatever challenges Brexit might bring.

The duo behind our winning proposition

Sophie and David have played key roles in Radix’s growth since they joined six and three years ago respectively. They’re the duo behind our value proposition to B2B tech marketers and their agencies: efficient delivery of high-quality writing. 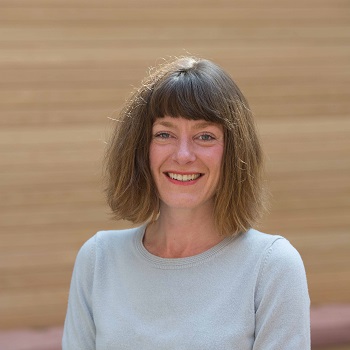 Sophie joined us in 2012 as our first full-time project manager, and immediately set about making Radix an incredibly efficient, productive and client-focused agency. She not only organised our work and standardised our pricing, but she also chose and implemented an outstanding project management system – Proworkflow – that’s been the foundation of our profitable growth.

(Seriously, if you run a smallish creative agency, check it out – it’s the first time-recording and project management software I’ve used that absolutely no one complains about, ever.)

Less than a year after Sophie joined, we won the silver for Most Dynamic Growth Business at the 2013 Cornwall Business Awards. That’s how good she is.

We swiftly promoted Sophie to operations director, and since then she’s built a team of exceptionally committed, organised and client-oriented account managers; the kind who move clients to tell us things like “I actually don’t know how you do it” and “You know that saying ‘you can have it cheap, good or fast, but only 2 at a time’? Well Radix is the exception.” 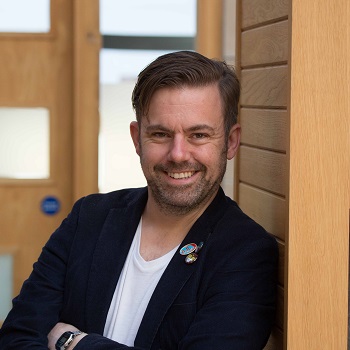 David: on a mission to make everyone a better B2B writer

David eventually became part of the Radix family in 2015, when we merged with his copywriting agency, Lungfish, to form what he’s fond of calling “the UK’s first B2B copywriting supergroup”.

I say “eventually” because I’d been hassling David to come and join us for a good few years before that – almost from the moment I became aware of his existence. His writing is among the best in the sector, anywhere in the world, and I couldn’t believe our luck that there was an experienced B2B writer of this calibre right on our doorstep in mid-Cornwall.

I’m incredibly thankful that he agreed to be our Creative Director – and if I’m honest, also a tiny bit triumphant that no one else got there first.

David’s enthusiasm for making dull topics interesting and his determination to elevate the quality of B2B copywriting have seen him become something of an ambassador for our profession.

If David seems familiar – and you’re not already one of his hundreds of friends – it could be because you’ve read his articles in B2B Marketing, seen him speak at an industry conference, listened to a Radix podcast, or attended one of his sell-out copywriting training days.

And if you don’t know him but you now feel he might be the copywriting guru you’ve been missing all your life, I highly recommend you follow him on Twitter.

If you asked David and Sophie what motivated them to take over from me as owners, I can guarantee they would say it’s in large part because of the team we have here.

Of the 18 people Radix has hired since 2007, 16 are still with us – and together they form the most talented, the most engaged, the most thoughtful, and the most supportive (not to mention the funniest) team that Sophie, David and I could possibly wish for.

I’ve seen them grow from being colleagues to being friends, who often say that the main thing that keeps them at Radix is “each other”.

As someone who perennially worries that the work we’re asked to do is too difficult to be truly enjoyable (have you ever tried writing a paper about differential privacy for sensitive datasets, or the possibilities and limitations of flammable refrigerants?), I’ve found it hugely rewarding to see our writers and account managers stick around – for years – because they love working together.

That bond has benefits for our clients, too – it means they get work that’s done by experienced, enthusiastic and motivated people, who naturally organise themselves to deliver the best quality writing to the required deadline. And because people leave us so infrequently, we’ve been able to offer a continuity of service that’s rare in an agency relationship.

Radix has never stopped growing, from December 2007 to today. Every year, we’ve taken on more clients, more work and more people. At the last count we were writing for around 100 B2B tech and industrial brands – including Amazon, Danfoss, Microsoft, Oracle and Salesforce – from our converted riverside warehouse in Penryn.

Today I’m handing over the baton of ownership, but our team remains the same – and so does our mission: to be the go-to copywriting agency for the B2B tech industries worldwide. And with Sophie and David at the helm and the Radix team at their side, there should be nothing to stop us. 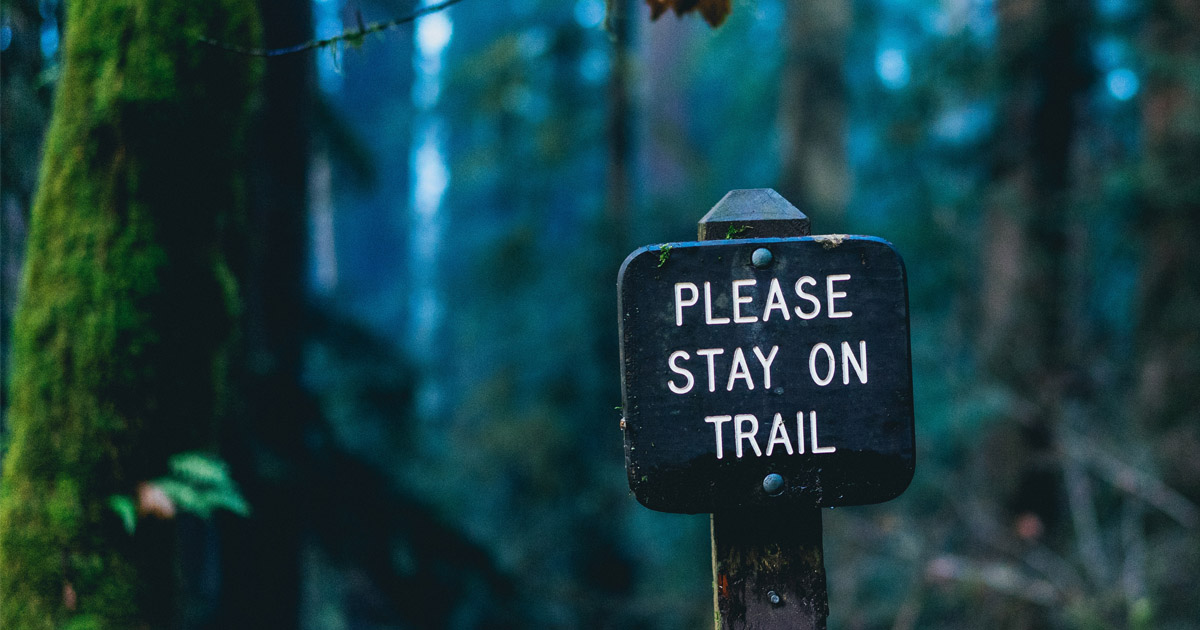 Hiring B2B Copywriters: How I Picked My Writing Team

B2B content is evolving fast, and so are the skills and experience needed by the writers who produce it. Fiona reveals what led her to hire the writing team here at Radix. 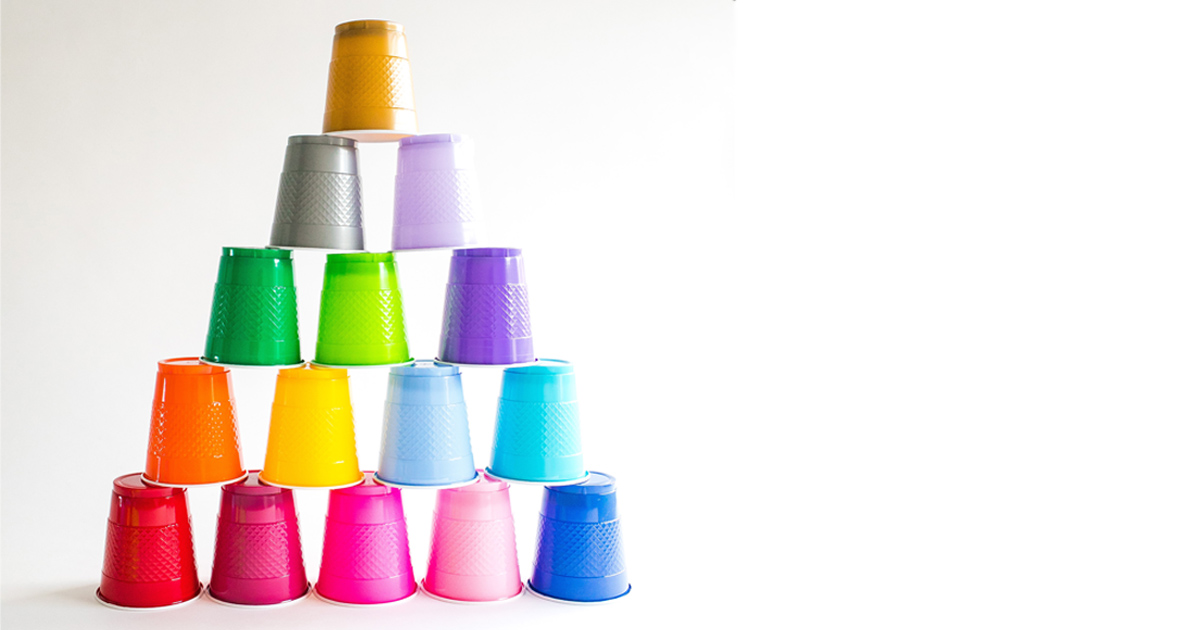 How to scale up your B2B copywriting (without sacrificing quality)

Big B2B campaigns need more than one writer to deliver all the copy – but how do you ensure consistency across their output? We think we’ve cracked it.