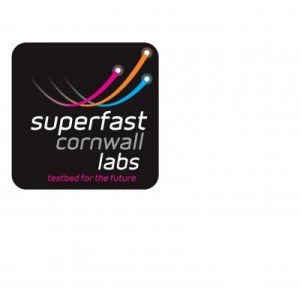 A real-time animation venture, a crowdfunding service for the UK film industry and an image-hosting site for museums, libraries and art galleries were among the projects showcased on Monday at the University College Falmouth campus here in Penryn.

The presentations were the culmination of a series of studies exploring the potential of Cornwall’s new fibre broadband network to support new businesses and business models in the county.

Three new digital startups are being launched as a result of the initiative, which provided R&D funding and access to the university’s existing superfast network for research and testing purposes.

Melissa explained that digitisation of image archives is an enormous task: Birmingham Art Gallery, for example, is treating it as a 50-year project. Pixxcell will help by creating a standard metadata structure to help MLAs organise their digital data and make it easy to search online. Interactive features will let the public add comments to images to fill in gaps in knowledge, and to order posters and other merchandise featuring the images.

People will need a high-bandwidth connection to upload lots of images to the site and use its interface (which is still under wraps), so Pixxcell plans to start in Cornwall, where fibre broadband is currently being rolled out to over 80% of homes and businesses. Using the university’s fibre connection was “like working in the future,” Melissa said.

Headcast Lab is exploring the potential for real-time animation, using broadband to link a motion-capture suite at Pinewood Studios in Buckinghamshire with an animation and video production studio in Penryn.

The idea is that animated versions of well-known figures can be made to comment in near real-time on topical events, either for TV productions or for use in companies’ mobile marketing campaigns. Founder Chris Chapman, former head of R&D for Spitting Image Projects, calls it ‘headcasting’, and aims to popularise the term in the same way as ‘podcasting’ has entered the public imagination.

moviebees founder Denzil Monk wants to transform the UK film industry by making it easier for independent film-makers to get funding for their projects. His idea combines two internet-driven trends; crowdfunding (where people pledge money to a project in return for acknowledgement, free stuff or just the pleasure of contributing), and crowd investing (where large numbers of people invest small amounts in a company in return for a small stake in the business).

Denzil has already attracted £40,000 of funding for moviebees, and aims to run it on a ‘lean startup’ basis, keeping costs low by running software and servers in the cloud, and making rapid changes to the service and business model depending on how it fares after launch.

All three digital entrepreneurs were enthusiastic about Cornwall’s fibre broadband network, although a fourth presenter, Matt Walsh of Penryn-based video production company Visual Persistence (disclosure: Matt is a friend and client of Radix), sounded a note of caution.

Matt’s study had explored whether the superfast network would allow him to stream his video work frame by frame in ultra-high-definition to clients in London and overseas, but found that the upload speeds available with the first wave of fibre-to-the-cabinet connections won’t allow it.

Not only that, but the first tranche of ISPs signed up to sell the superfast connections were unable to give Matt any guarantees on upload speeds, suggesting that, for the moment at least, the main advantage of ‘Superfast Cornwall’ will be better download speeds, rather than faster upload times.

A hub for digital innovation in Cornwall

The four projects were all conducted under the aegis of University College Falmouth’s Superfast Labs, a kind of incubator programme for new digital businesses enabled by the fast broadband network. The presenters agreed that the University had the potential to become a powerful hub for digital startups in Cornwall, offering funding, facilities and collaboration opportunities to get exciting new projects off the ground.