Twitter is gearing up for its IPO. Of all the rumours surrounding what the company will need to do in order to retain credibility with shareholders, one in particular has left me feeling cold.

That’s the suggestion by Sam Hamadeh, chief executive of PrivCo, and Ross Dawson of Advanced Human Technologies, that Twitter will need to increase the tweet character limit from 140 characters to something longer.

Changing the limit would, according to these two, please future shareholders who would see it as a means of drawing in money from advertisers. Of the current restrictions, Hamadeh said:

“They’re very short messages, very concise but for an advertising vehicle it doesn’t allow advertisers much room to really sell their wares.”

Posting in the Bring Your Own Copy LinkedIn group, our managing director Fiona Campbell-Howes said of the suggestion:

“If advertisers can’t fit a promotional message into 140 characters, then Tony Brignull was absolutely right about copywriting being a lost art.”

This was in reference to an interview that legendary 1980s ad copywriter Brignull gave to The Drum last month. Generally he feels that copywriting in advertising is in a dark place right now.

Advertisers and marketers don’t need more space to talk about their brands, products and services. The existing character limit makes for pithy, concise copy – exactly the kind of thing advertisers should be striving for.

As B2B copywriter David McGuire explained in episode 5 of the Radix Copycast:

“Sometimes I’ll write something that’s 300 characters long and pare it down, pare it down, and when I do that, it makes every word, every character within the Tweet more intense, because everything has to pull its weight.”

And why are Tweets restricted to 140 characters in the first place? It’s to do with the service’s origins – it was based on the length of SMS, which uses 160 characters, but they allowed 20 characters for people’s usernames.

And this is all ignoring the fact that brands would still be linking to product landing pages or other multimedia content like videos. Places where people expect longer pieces of content.

But more importantly, just because something is longer doesn’t mean people will read it. People don’t read to the end of most online articles and blog posts (thanks for sticking this far) and 94% of YouTube users skip pre-roll ads that are placed at the beginning of videos.

None of this is to suggest that content can’t be long, but as Fiona suggested in episode 5 of our podcast: content doesn’t have to be long or short – it needs to be interesting. It doesn’t matter how long a Tweet is – if it’s not interesting, it’s not going to get engagement. 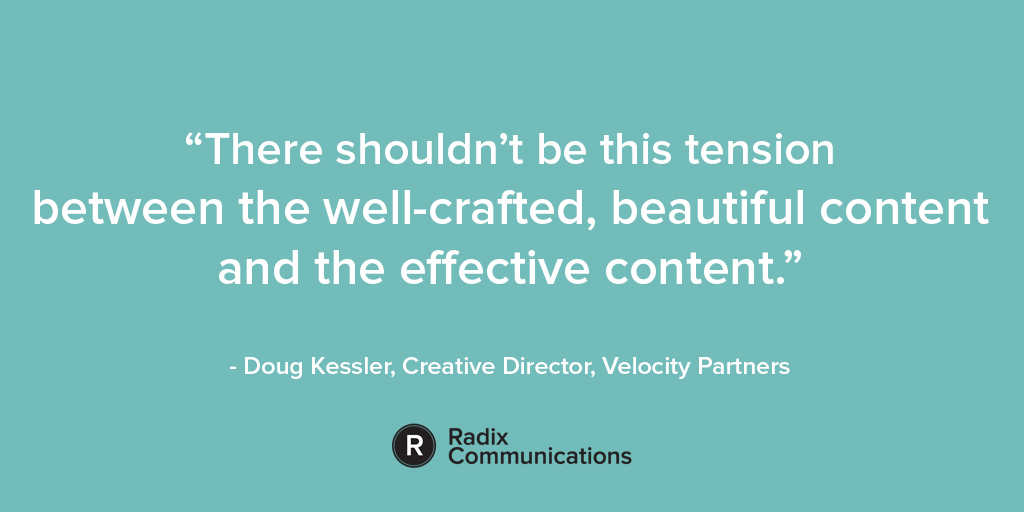 Our research report into barriers to good B2B marketing content gave marketers the chance to vent anonymously about their frustrations. Here, we share what they really said.