It’s had some big updates this week

If you signed up for a G+ account last year or begged friends for an invite back before it became open to all – and then drifted away from the social media platform… you’ve probably missed seeing the huge update to its interface that it received this week. Now looking even more like Facebook (though nowhere near as crammed full of stuff you probably don’t need), including having the option of a “cover” like image as in Timeline – will people start using it more?

I hope so, because I’m finding it rather depressing to be one of the few people I know who is still using the social media platform. 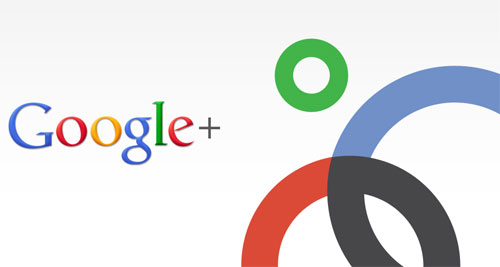 Before the update, I was only using Google+ occasionally and while having over a hundred people in circles, less than twenty were regularly updating on the platform. And that is still the case, despite the new user interface update. Maybe things will change.

Yet, every time I go on there it truly is like stepping into a ghost town and seeing tumble weeds wind their way by.

Part of the problem is in its API

There’s one thing you can’t dispute in terms of how the public are accessing internet based services: more and more are doing it through smartphones. As such, apps for accessing the API of our favoured social platforms are a must and for those of us who just want everything in one place, having one app to cover nearly all of them is rather handy.

Due to the API for G+ still only allowing read-only access to the data, no one’s released a smaprtphone app yet where people can post to their Twitter, Facebook and G+ all at the same time. There are some people who’ve managed to reverse engineer workarounds to all this, like Extended Share (desktop only), but no mobile apps.

Regardless of the new enhanced video and image sharing, the clear chat/hang out pane on the right of the screen or the configurable left sidebar when you’re using G+ in a browser – I’m happy about something else. 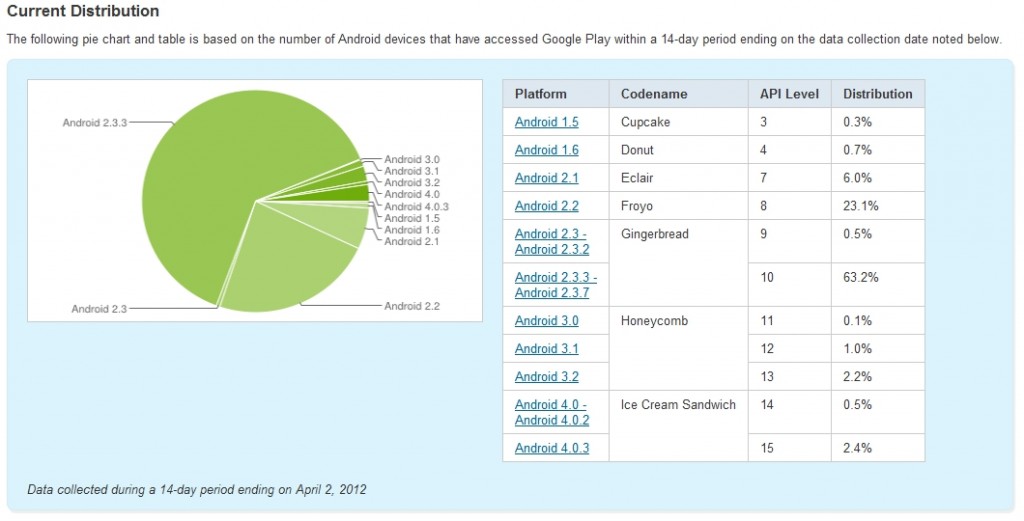 This graph shows what Android OS configurations are being used, based on devices connecting to Google Play. You can see current data on Android platform versions here.

I personally own a HTC Wildfire. I have had it for over a year and it uses Android 2.2, which as you may see from the graph above makes up 23% of the OS distribution for Android. Froyo (the codename for 2.2) is the second biggest Android platform beaten only by Gingerbread (a.k.a. 2.3) with 63.7%. But why am I happy?

Back in October last year, I really wanted to at least start using G+ from my Wildfire more, but the app took up a lot of phone memory and on 2.2 could not be moved to SD card. The memory problem kept me from installing. Yet with the huge UI update this week, I decided to find out if Google had improved the app as well and made it more compatiable with my phone.

Colour me amazed and very pleased when I found that I could install the app and transfer it to SD card.

But why aren’t Google getting the word out more?

At least in the UK, G+ seems almost dead at the moment. I hardly hear anyone talking about the social platform outside of marketing and tech circles.

I only found that I could start using the app, without problems, today. This was due to sheer chance. The compatibility had not been publicised. Same as how news of the UI upgrade hasn’t passed beyond technology and marketing circles.

It is reasonable to assume that this year will see Google+ pass from beta to proper launch and have APIs that are ready to be hoovered up by app developers. But what will be the point in all this if Google have failed to keep people’s interest in G+? Once the API is no longer read-only, will it be too late for G+? Will its supposed 170 million users clear out the tumble weeds in time?

Blockchain has an image problem. So how do you write about it?

What happens when a revolutionary new technology becomes ubiquitously attached to one oft-maligned use case? Just ask someone who's trying to change the world using blockchain.