Facebook has 1.06 billion monthly active users. A 2012 survey by Domo suggested that seven out of ten Fortune 500 CEOs have no presence on social networks and those that do: only 8% use Facebook. Another survey (conducted by IBM) contained a comment from one B2B organisation’s CEO stating:

“Our B2B customers are also consumers of social media; you cannot split the two.”

This suggests that businesses need to be engaging with customers on social media, which brings me to Facebook. It depends on who you listen to as to whether B2B companies should be using Facebook to acquire leads. The default view is “yes”, but should it be?

It has nothing to do with individuals in the company avoiding the platform – the majority of us do use Facebook on a personal basis. We also use Twitter and LinkedIn – we’re not afraid of social media.

Radix is active on both Twitter and LinkedIn, two places where our ideal customers are also engaged in posting, commenting and generally engaging with issues relevant to them and our services. And it’s this degree of engagement that has partially influenced our decision to not implement a Facebook page at this time.

But something else has had a greater part to play in this decision:

The changes Facebook have made to its algorithm over the past year, changes that have affected the likelihood of posts appearing in users’ newsfeeds, means that paying for advertising on Facebook is now one of the few ways that you can get your brand in front of your target audience on the service. But in a highly specialised market like B2B technology copywriting, it is difficult to get your advertisements (or promoted posts) in front of your target audience when there’s no way of singling them out.

Despite the wealth of data Facebook claims to have on its users, it can only offer so much. Meanwhile, Twitter and LinkedIn provide a far more open environment for reaching individuals or groups. This is partly due to the wealth of information available to those not already connected with a brand or its representatives.

Will we ever have a page?

Don’t take this post to mean that we have completely written off joining Facebook. At this time it is difficult to justify putting Radix on the platform. We currently have a reasonable amount of reach through LinkedIn and Twitter, so going to Facebook just because everyone else is seems partially redundant.

However, we will continue to evaluate how suitable Facebook is for our business needs and this is perhaps the most important thing that a business can do when in the process of using and considering different social media. There could be a day where we create a page and test out posting and getting Likes (a.k.a. vanity metrics) and other forms of engagement, to see whether it’s worth expanding onto it

One thing Facebook does have over Twitter: Facebook pages can clearly display the past and present of a brand – the way that you can lay out details about the company and the timeline. But then again – is your ‘brand story’ really the most interesting thing about your business?

If you want your content to engage and convert audiences, you need to get it out there. Twitter is a great promotional vehicle – but it requires some sharp copywriting skills, says Steve. 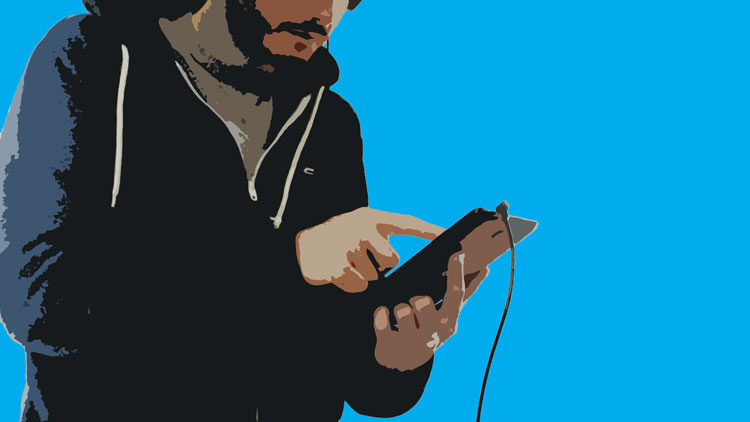 What can B2B marketers learn from their personal social media habits?

Twitter can be a difficult landscape for B2B marketers to navigate, but a lot can be learned from stopping and thinking about your own Twitter habits.