Account-based marketing gets talked about a lot, but it’s really hard to get right.

When Quantum approached us for help with an ABM campaign for their client Tata Consultancy Services, the way they planned to tackle the project got us really excited about the possibilities.

The aim was to raise TCS’s profile with senior decision-makers in UK retail organisations – by creating a unique piece of content for each recipient.

Each bespoke report would explore the recipient’s real challenges and aspirations, drawn from information revealed in annual reports and media interviews. It would then present TCS as a consultancy that could help the individual decision-maker – and the target account as a whole – to achieve their goals.

Quantum’s designers flowed our approved copy into a smart template, and we wrote a personalised cover letter for each one. Then it was down to Quantum to execute the campaign: sending out the reports, and following up with each recipient by phone.

More than three quarters (77%) of decision-makers who received the content actively engaged with it: a significantly higher response rate than traditional methods of outbound marketing, and a great demonstration of how a well-executed ABM campaign can be a highly effective way to engage a senior-level audience.

A truly successful ABM campaign for TCS, a feather in the cap for Quantum, and a wonderful copywriting assignment for Radix. 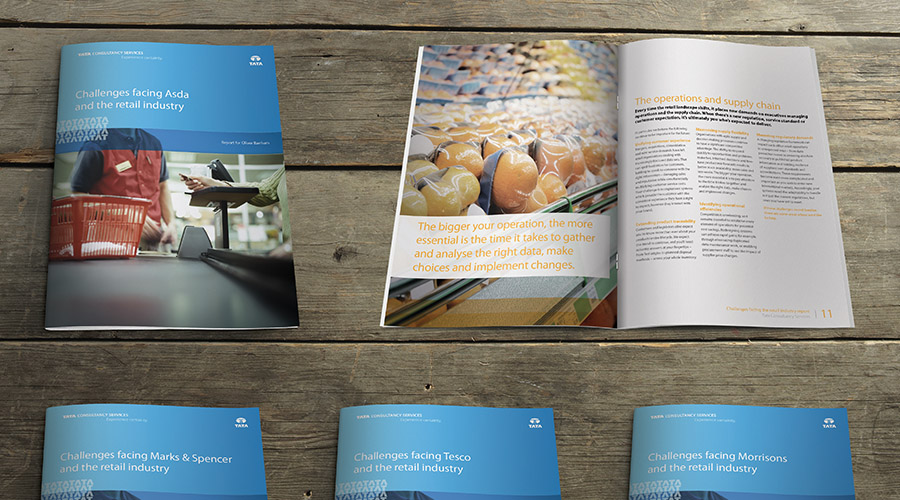