Keyword stuffing is cheap, tactless and ugly. And yet, it continues to go unchallenged by some as an acceptable SEO practice. Why? Because in the early days of SEO, keyword density mattered.

Today, in theory, quality is what counts. But even in an era where purposeful, relevant and well-written content is the benchmark for all B2B marketing, copywriting briefs still regularly come with a whole spreadsheet of awkward keywords attached.

Let’s make one thing clear: there’s nothing wrong with expecting a copywriter to adhere to your SEO strategy. But when that strategy is “use abstract keywords from this oblique spreadsheet as many times as Google will allow it”, we need to talk.

Keyword stuffing: as rubbish as it is pointless

OK. Imagine you’re an exhaust pipe manufacturer, and you’ve got an exciting new website that you want customers to find with ease. You’re also convinced that you’re the best in the business, and you won’t settle for anything less than hitting the front page of Google for all the most relevant search terms. But those relevant terms? “Car”, “Exhaust”, “Rust Resistant Exhaust Pipes”.

One of these terms is reasonable enough. Use “Rust Resistant Exhaust Pipes” in a couple of strategic places – in a piece of web copy about rust resistant exhaust pipes – and sure, we’re cool.

But asking your writer to stuff “car” into your web copy as many times as they can is just undignified. It’ll only make for word soup. More to the point, it’s a waste of time: do you really think you’re going to outrank the combined might of the entire automotive industry? (Also, an honourable mention to Fintech startups who insist they want to rank for “bank”. Just stop.)

The same goes for vague, overly-long technical terms. By all means, commission a compelling deep dive into your latest tech innovation, but don’t expect multiple instances of “z-buffer techniques for legacy GPU emulation” to make for a graceful read. Just ask Harry Kapur about life before he became Head of Writing at Velocity Partners.

I once had to crowbar “personalized phone cases for Samsung Galaxy S7 or S8” into multiple 400-word articles. 8 times each. I do NOT miss ‘article marketing’.

In short, keyword stuffing is a quick way to make your copywriter hate you and (more importantly) instantly undermine your credibility with your audience. And the worst part? It doesn’t even work.

With the launch of its Panda algorithm back in 2011, Google began demoting low-quality, duplicate, and unhelpful content. Subsequent updates like Google Penguin homed in on keyword stuffing, actively prowling copy for the unnatural use of keywords as well as low-quality backlinks and narrow anchor text.

To quote John Mueller, Webmaster Trends Analyst at Google back in 2014: “Keyword density, in general, is something I wouldn’t focus on. Search engines have kind of moved on from there.” In fact, many SEO influencers now argue that the ideal keyword density percentage is a myth, and the recommended minimum target density of 3-5% once preached by “experts” is now moot.

The law of SEO changed again in 2013 when Google launched its Hummingbird update, shifting the way Google reacts to different types of queries. Rather than locating content containing similar terms to those typed by a user, it takes a more natural, conversational reading, and locates content that best matches the user’s intent. It’s an approach called Latent Semantic Indexing, or LSI.

LSI keywords are conceptually related to the main subject. They help search engines to understand content at a deeper level, including what it is about, and what search terms it relates to. For example, if a blog contains keywords like “stylus”, “cartridge”, “oxidisation”, and “anti-static brush”, the search engine might identify that the content is likely about record player maintenance (regardless of how many times the actual words “record player maintenance” appear in the text).

Why? Because, as Google says, it uses “words frequently occurring together” to understand the content topic. That’s why using keywords like “car” in a blog about exhaust pipes acts as more of a backbone to the wider piece, just not the exact word you would want to rank on.

The trick is to separate your LSI keywords (other relevant terms you’d reasonably find on a page about this subject) from the thing your content is actually about.

What’s more, Google has become smarter about offering up content types based on conversational searches. So by searching “how do I clean my stylus”, you’re likely to end up with a blog about record player maintenance. Or, for example, by searching “how many albums has Radiohead released”, you’ll get both a quoted number in bold, and a top link leading to the band’s discography. 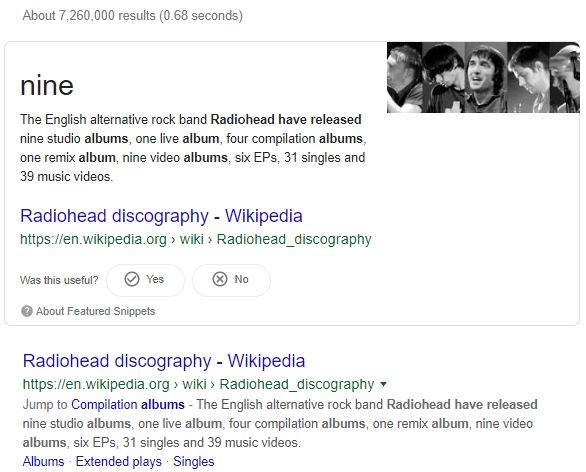 Be realistic about your keywords

Google’s search algorithms are now so sophisticated that they can tell pretty much off the bat whether your copy is junk or not. So, the trick is not to have your writers write for Google, but for people who use Google.

As long as Google exists, it’s unlikely that keyword research and lists will go away. But the job now is to use that research as information, to help us create content that matches user intent. Let me sign off with this quote from our very own Creative Director, David McGuire.

As B2B web writers, we need to remember that our reader is not Google… but they are using Google, and we need to make that easy for them. The job is really to look at each search term, picture the page that user most wants to see, and write it. 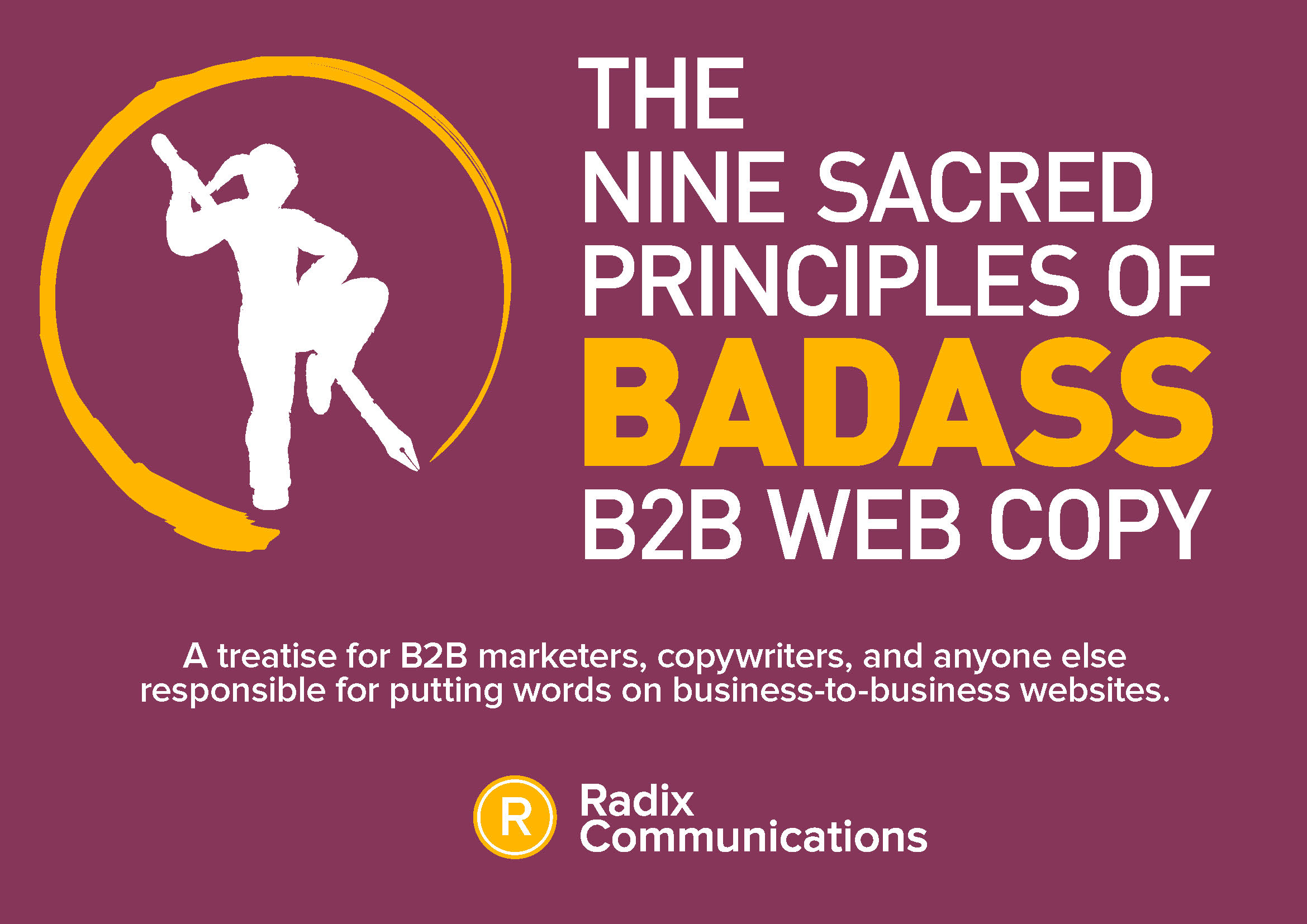 Life is too short for bad B2B copy, so we’ve put together a guide to help you get it right first time, every time. 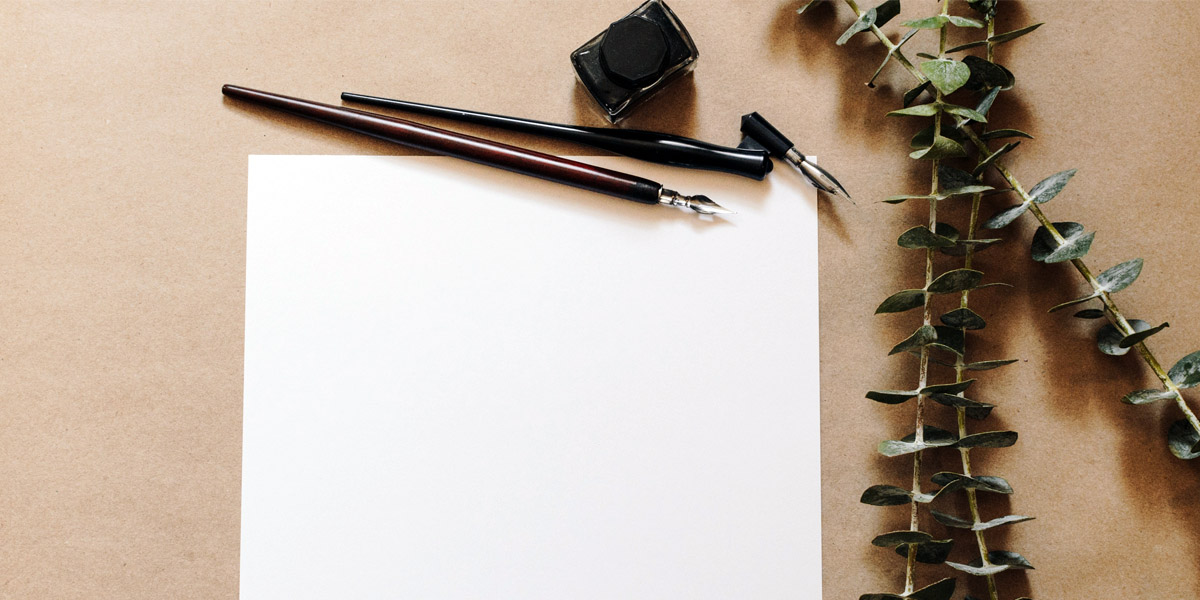 Choosing the right B2B copywriter is important – but how do you go about it? Nick suggests five ways you can make us work harder to win your business. 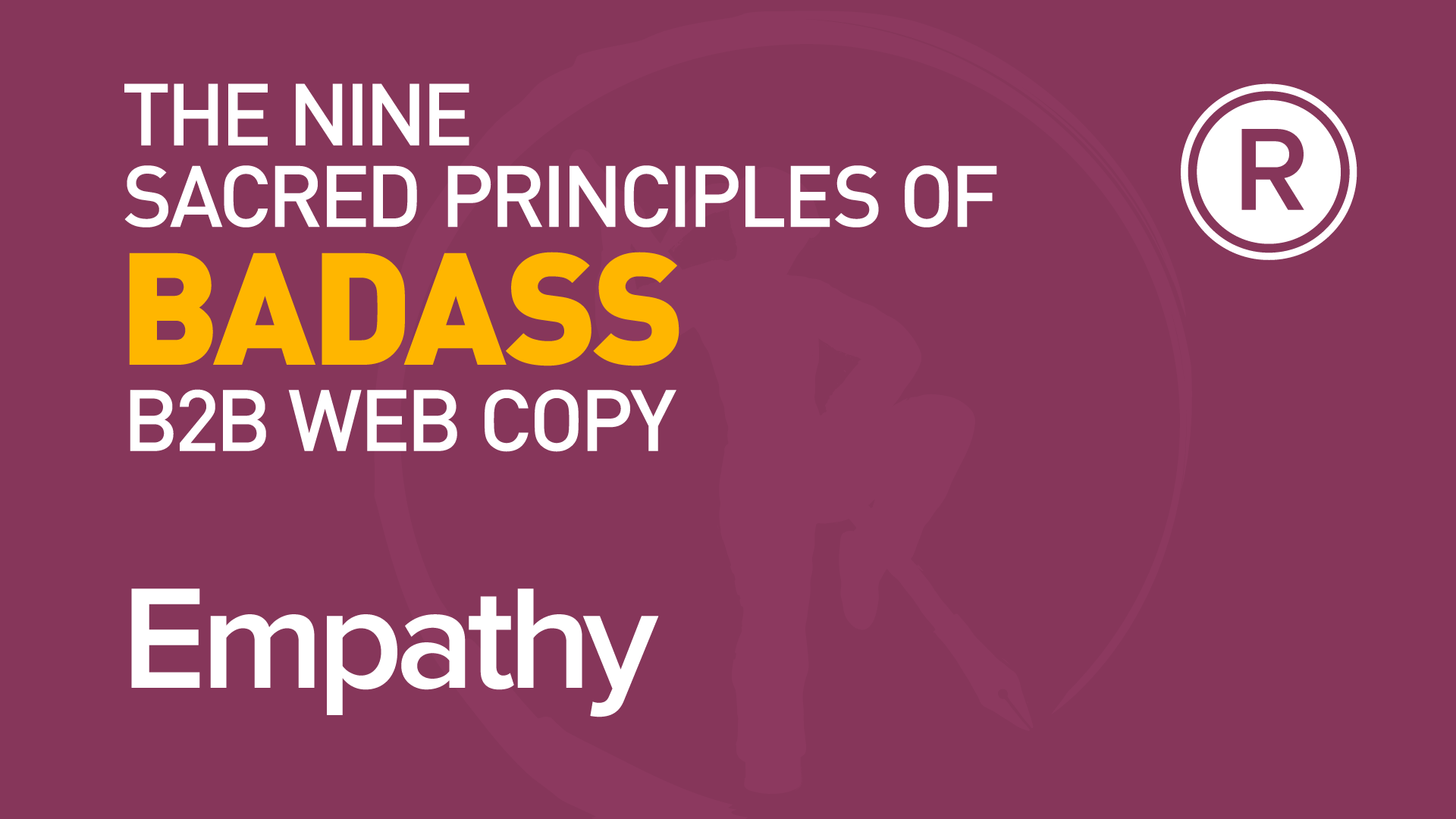 As B2B copywriters, our relationship with Google has changed pretty dramatically. In this short video, David explains how (with a special guest appearance from Google himself...)