As is customary, I would like to start this blog with a magic trick. Please follow the instructions below closely – and remember to tip your wait staff at the end.

First, I need you to count very slowly backwards from fifty.

Now, quickly, think of a vegetable.

Was this your vegetable?

How did I know that you were going to pick a carrot? (If you didn’t, just play along. No one likes a contrarian.)

Is it because someone told me of your fondness for them? Is it because I’m standing behind you right now whispering carrot into your ear? (Yes, in the case of the person who proofread this post.) Or is it because an inbuilt cognitive bias allowed me to manipulate your thoughts?

An inbuilt cognitive what?

Put simply, a cognitive bias is a systematic error in thinking that affects our decisions and judgements. There are hundreds of them.

(And, if you don’t think you’re susceptible to such weakness then I have some bad news for you – that, too, is a cognitive bias.)

Take, for example, confirmation bias; a pattern of thinking that makes you more likely to favour information that confirms your existing beliefs or notice patterns that you’ve recently been made aware of. To paraphrase the writer Jon Ronson, once you become aware of confirmation bias, you’ll start seeing it everywhere.

Or how about the Dunning-Kruger effect, where unskilled individuals tend to overestimate their ability, while experts tend to underestimate theirs. Which, if you think about it for too long, creates a kind of cyclical loop which makes it impossible to know which you actually are.

For those of us in the B2B copywriting trade, understanding these biases can help us learn a little bit more about how our audience thinks, acts, and makes choices. Which, in turn, should help us engage with them more effectively. Like any superpower, they can be used for good or evil… so I’ll try to keep it ethical.

Here are five cognitive biases I think all B2B marketers should at least be aware of.

The theory behind the availability cascade is simple: if you repeat something often enough, people will start to believe it to be true.

It’s also why our political landscape has recently been transformed by a handful of incredibly irritating slogans. You probably don’t need me to name them here, but one of them rhymes with Shmake Shmamerica Shmate Shmagain.

Political opinions aside, these recent campaigns show that there’s actually little need for debate, or even manifestos if you have a good marketing strapline.

If a slogan can sell Boris Johnson – a man who hid in a fridge to avoid a live television interview – it can probably sell your product too. The secret is to make your message both memorable and consistent.

I recently saw a full-page magazine ad in which TV personality Richard Blackwood was the face of a promotional campaign for a toilet.

My first thought was, ‘I bet that was an awkward phone call from his agent’. Followed shortly by, ‘what makes Richard Blackwood an expert on toilets?’ You can come up with your own amusing answer to that, should you desire. But the answer is probably ‘nothing’.

This is what’s known as Authority Bias, a pattern of thinking that sees us attribute greater accuracy to and be more influenced by the opinion of an authority figure – regardless of whether or not they have any knowledge of the subject matter.

The lesson for marketers here is simple. Using case studies, testimonial quotes, and any other instance where an authority can speak on your behalf will always have a stronger impact than simply telling your audience how great your, um, toilet is.

The decoy effect is used all the time in subscription pricing models. The rule states that the preferences for either option A or option B will change in favour of option B when a third option – C, shall we say? – is introduced.

Horrible and confusing sentence, that. Essentially, if you have two options, and want someone to opt for the more expensive latter one, then introduce an even more expensive third option and Bob’s your uncle.

(I know I said that this would all be ethical, and that definitely sounds a bit…not. But what were you expecting from a blog that started with a magic trick?)

On a serious note, although I absolutely can’t condone doing this, it is a trick worth being aware of. Now you’re wise to it, you’ll no doubt see it everywhere. And although it might not help your marketing much, it might save you a quid or two on your next SaaS subscription.

I went to school with a boy called Ian who had a full beard at the age of 13. He went on to move to Canada where he now works for an accountancy firm, lives in a large house and has two children.

This is why it’s important in marketing to lead with your main selling point. And it’s also the reason why, when I now mention Ian (who absolutely didn’t exist) the first thing you’ll think is ‘oh yeah, the child with a beard.’

I mean, it’s obviously not the only reason. But you get my point.

Ever been asked where you see yourself in five years? Incredibly hard to answer, isn’t it? But that’s because, in general, people don’t really like working towards long-term goals.

As much as we like imagining a future where we’re richer, healthier, smarter and being asked less tedious questions, research shows that we fall short of effectively working towards that future. Why? Because meeting our present needs will always be more important.

Also known as ‘Hyperbolic Discounting Bias’, the fruits of this cognitive quirk are most often seen in the form of ‘buy now, pay later’ deals.

How does this translate to B2B copywriting? Well, if people want a better future, but are secretly bad at delaying gratification, why not describe both the long and short-term rewards?

So tell your audience what the enduring impacts of your product will be, but also be sure to mention how fast it is to get up and running, how quickly they’ll see results, and how there will be a 20% discount at the point of purchase.

How does your buyer think?

It’s not about manipulating your reader – at least, it shouldn’t be; your brand’s likely after a lasting relationship as a trusted advisor, and you don’t get that by hoodwinking your customer. Instead, smart B2B copywriters use these little elements of psychology (and dozens more like them) to write B2B content that really resonates. Knowing about the reader’s sector, challenges and pain points can get you so far – but if you want to inspire action, it helps to learn how people think. 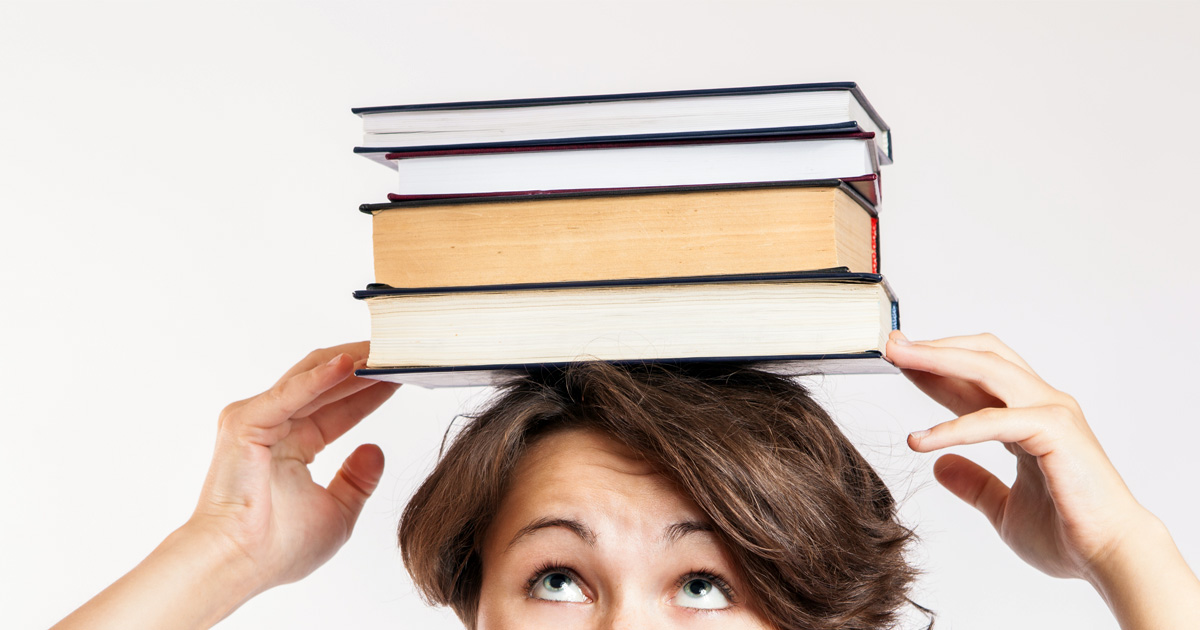 Content and cognitive load: how to craft your copy for the human brain

The human brain only has so much space to concentrate on different ideas – and if you ask it to do too much, it'll probably stop paying attention altogether. So, how do you stop readers tuning out from your content? John explores cognitive load theory, and how you can use it to create brain-friendly copy... 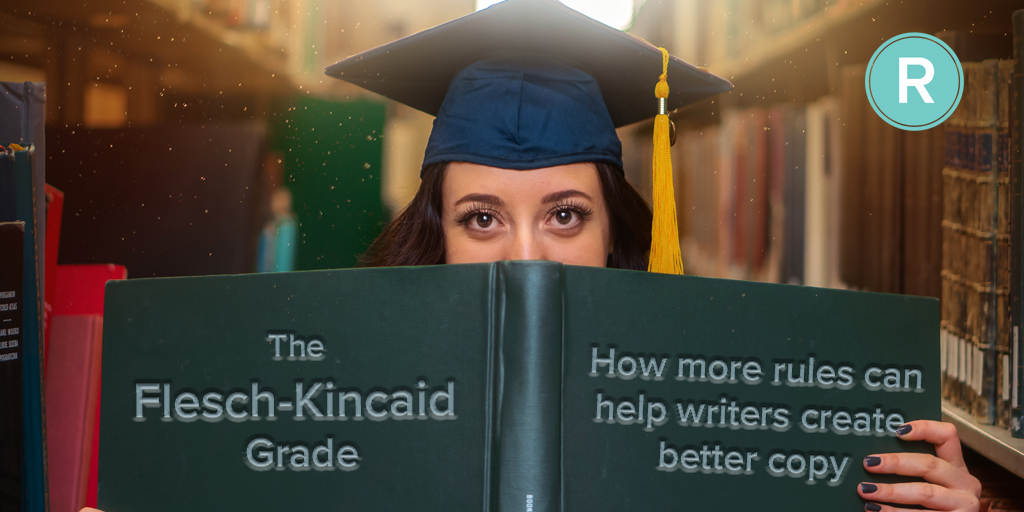 Readability in B2B content: does your Flesch-Kincaid grade matter?

Readability can separate successful content from the mountain of unread marketing bumf. By asking your writers to put their copy through a Flesch-Kincaid Grade Level test, you can ensure your content is clear, concise and readable. 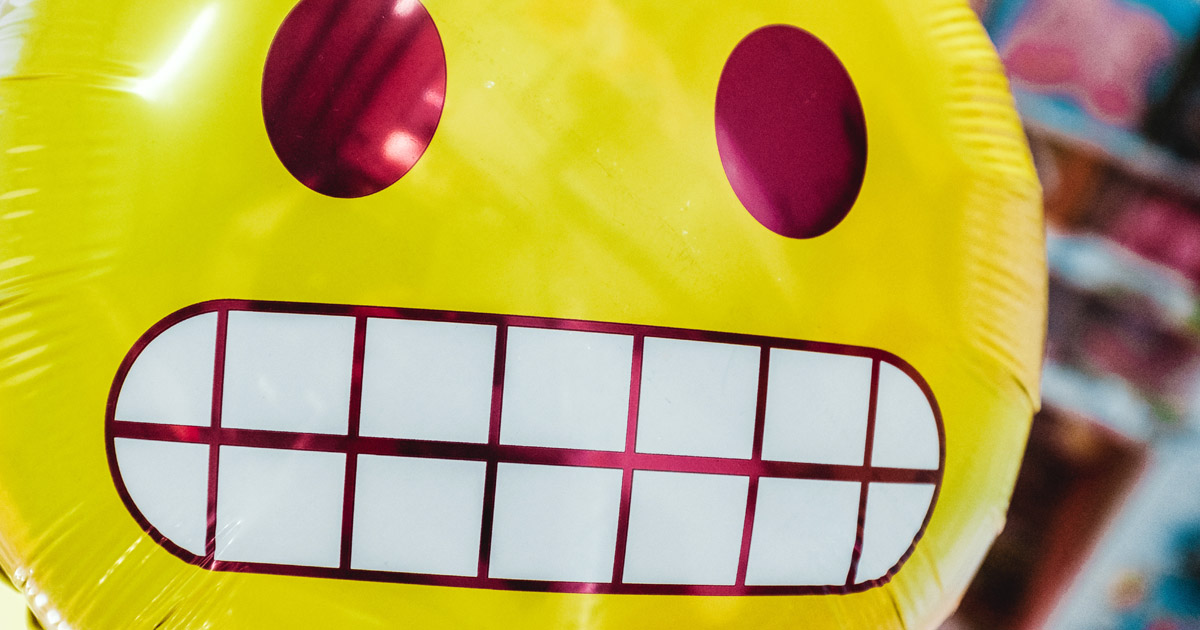 Once more, with feeling: using reader psychology in your B2B copywriting

Understanding how your B2B audience's emotion influences their decision-making can make your writing even more effective. Here’s how to incorporate a little psychology into your writing process.