So, you’ve either come up with (what might be) a great idea for some tech marketing content, or maybe it’s the marketing copy to end all marketing copy. But there’s a question hovering somewhere in the back of your mind: is it a cliché?

If I was feeling particularly lazy, I could end this blog here. I’ve answered an evergreen marketing question in the most succinct way possible. But then this blog would actually be a tweet, and not a particularly helpful one, at that.

Instead, let’s expand a little. You’ve acknowledged there might be at least a teeny tiny amount of cliché in your content idea. We’ve all been there. That’s the first step, and a vital one that many B2B marketers like to ignore entirely. The next step is thinking about how to approach your project in a way that might avoid your content winning Predictable Marketing Bingo™.

Here’s the one clichéd phrase I’ll allow myself, just for reassurance purposes: there is nothing new under the sun. Or under any other celestial body, for that matter.

Nothing properly new, anyway. These days, it can be near-impossible to find a completely unique angle for any kind of content – let alone in the often creatively barren B2B tech industry – but that doesn’t mean we can let ours fester in repetitive mediocrity. Tempting as that might be sometimes.

How to spot a B2B cliché

A cliché isn’t always a terrible thing. Some exist for good reason, and I think others are just used as an excuse for marketers not to explain themselves. (‘Disruptive’ means nothing if you don’t tell us what you’re disrupting and how. Nothing.)

But if you’re not careful, you risk your audience shuffling you into the overstuffed part of their brains where they store the companies that made their eyes roll so far back into their heads that their optical nerves creaked.

Writing copy or creating content that actually stands out isn’t easy at the best of times. But if it’s crammed full of tired phrases and overused ideas, you’re going to be buried under every other bit of B2B content out there. And then you’re just wasting time and marketing budget.

So how can you be sure that you’re not just being paranoid? Well…

If you search up your latest and greatest idea and it’s already plastered all about the internet, it’s wise to rethink. Yes, I know; this is painfully obvious, but apparently very few B2B marketers actually do it.

Bother as many of your colleagues/family/strangers-at-the-coffee-shop as you can muster the courage to. If they tell you it’s a cliché, listen to them. (Also, Maureen Blandford recently had some wise words for our podcast about  keeping an advisory council of marketing peers; that’d help here, too.)

Sometimes, you’ll feel a vague sense of guilt as you’re typing a sentence. Your gut knows. Your gut knows, and it’s telling you to hold down that backspace and come up with something new. You should listen to it.

How to get rid of a B2B content cliché

Once you’ve identified the offending sentence/extended metaphor/entire concept, you’ve got a few options for dealing with it:

Is there a better way to approach this? One that doesn’t require such a well-worn collection of words or ideas?

If the answer’s yes – and it often will be – it’s worth doing a little extra work to make sure your content doesn’t get relegated to a scathing internet list of ‘worst marketing clichés’ next time a blogger runs out of useful ideas of their own.

This, in a way, is the most dangerous option for avoiding a cliché… and therefore the most exciting. Occasionally, there’s scope to put an original spin on an old favourite. (I’m a big fan of malaphors, for example.)

But, for the love of all that is linguistic, don’t do it unless you have a really good idea to spice it up. Because if you don’t, you’re just going to make it all worse. Either it’ll become difficult to understand, or irredeemably shit – your choice.

I know, I know. This seems counterintuitive. But sometimes, you’ve got to lean into a cliché. Hundreds upon hundreds of blog posts out on the internet are going to tell you to avoid a cliché at all costs, but they do exist for a reason.

Most of the time, they work. They get an idea across in an immediately recognisable way, and that’s really all we want from marketing, isn’t it?

Making friends with your clichés

As writers, marketers, and idea-makers, we all come back to certain concepts and phrases that we’re comfortable with. And sometimes, that’s okay – because it’s likely going to put your readers at ease, too. Occasionally, it’s worth sacrificing just a little bit of that coveted originality to make sure you’re being clearly understood. So if it works, keep it.

(But only if it works. If it’s going to make your reader cringe, burn that sucker to the ground.)

B2B copy has always been plagued with clichés. But now there’s a whole new crop of over-used phrases to scoff at. We’ve collected the whole lot into one handy table. 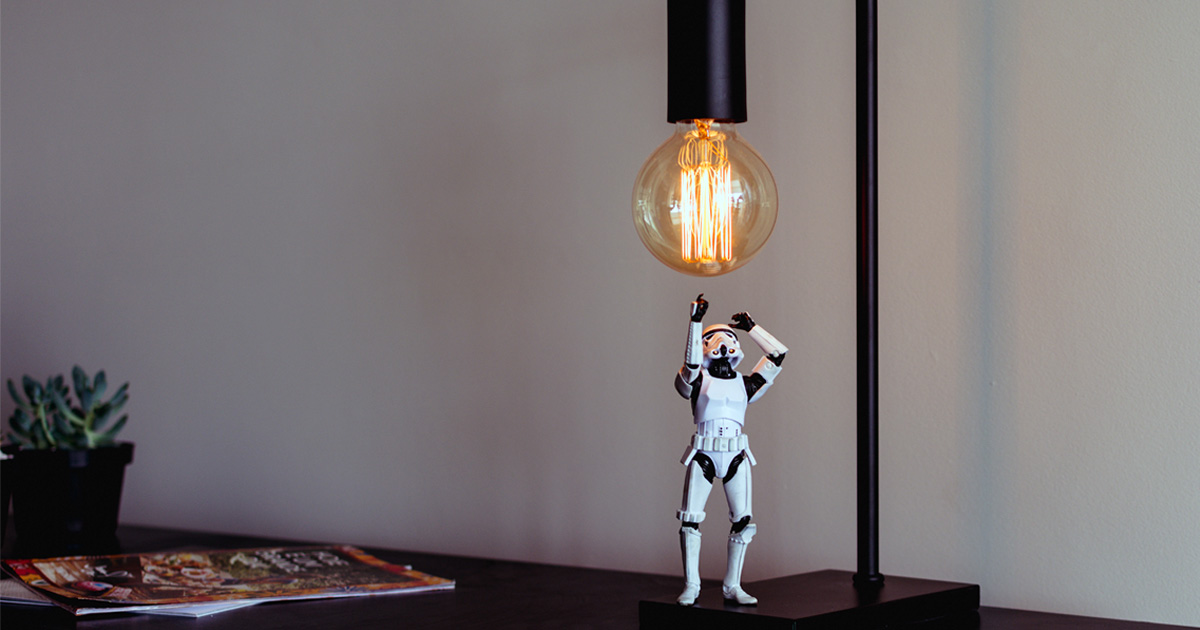 Four ways to find and own your unique story in the crowded world of B2B tech.

Help – my client wants my copy to be “more sparkly”! What do I do?

Writing snappy copy for B2B audiences is hard. If your client is clamouring for more vibrant writing, here are four tips to make your copy sparkle.