What exactly is a hyphen?

According to Grammarly, it’s “a punctuation mark that’s used to join words or parts of words. It’s not interchangeable with other types of dashes.”

So far so good. But here’s the thing, we often get asked by clients about our hyphen use in their B2B content. Namely when it appears as if we’re being inconsistent in its use with compound modifiers.

Given how confusing the rules around correct hyphen use are, that’s totally understandable. But to help mitigate future confusion, we thought it would be fun to write a bite-sized hyphen primer.

A compound modifier is when two words work together to describe a noun.

Take a look at this sentence:

“The PlayStation 2 can perform real-time rendering of large 3D worlds.”

So does that make the following sentence wrong?

“The PlayStation 2 can render large 3D worlds in real time.”

No. In this example the compound modifier comes after the word it’s modifying. No hyphen required. It’s as simple as that.

And helpfully, it’s a rule that applies to both UK and US English.

However, like any rule in the English language, there are exceptions – and they come in the form of adverbs.

Some adverbs do follow the compound modifier rule: a fast-acting ninja for example.

As a rule, you don’t need a hyphen for prefixes. Take restart, antimatter, misunderstand, disappear – none of these words are hyphenated.

You may be thinking, what about the likes of “re-enter”’ or “anti-intellectual” – why do they always have hyphens? That’s because the prefix ends and the base word begins with the same vowel, and without a hyphen, they just look bizarre: reenter, antiintelectual – horrible. This is definitely one of those rules that’s about making writing easier to read.

The same can be said of compound words that may mislead or confuse the reader without a hyphen. In some cases, it may be safer to use a hyphen even if it breaks the compound modifier rule, such as:

Ideally, you shouldn’t be using a hyphen there, but without it, it might be a little tricky to read.

And sometimes, your hyphenation choices can alter the meaning of your sentence:

And then this one:

As far as we know, that’s about all there is to it. But opinions, especially on subjects of punctuation, vary. If you feel we need putting to rights, that’s fine; tweet us @radixcom.

And don’t forget to sign up for our newsletter, so you don’t miss out on any of our copywriting tips. 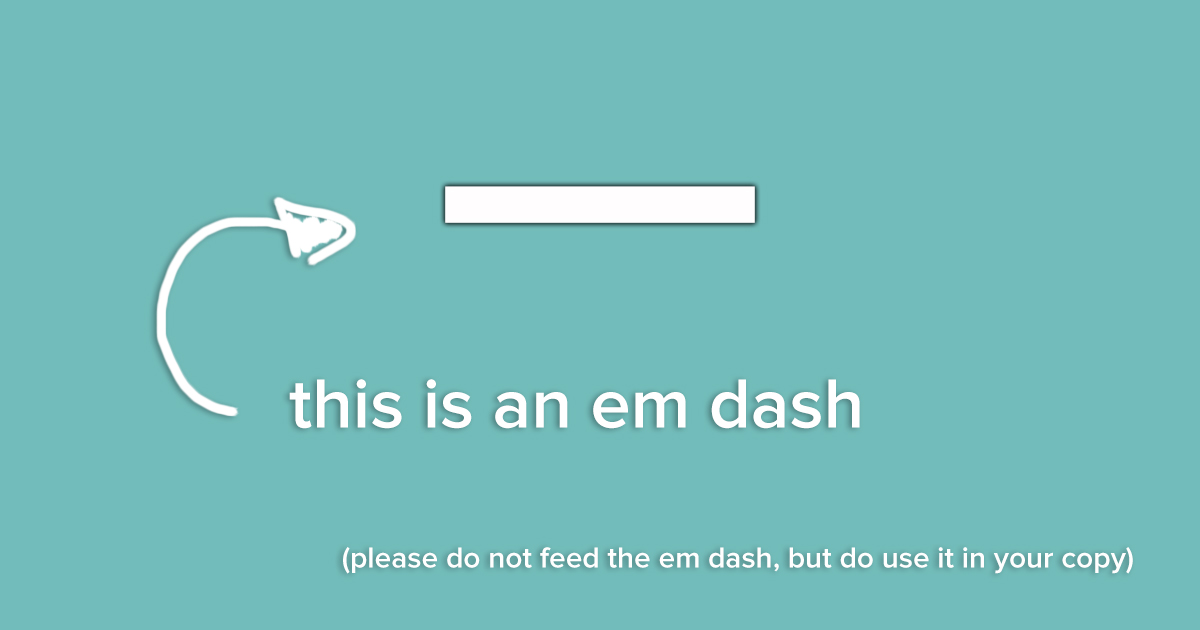 What is an em dash, and when should you use it?

The em dash is an underused, and often misunderstood, piece of punctuation. But it’s a valuable one—if you can get it right.

Kieran explains why the semicolon deserves your full support – and how to deploy it to (subtly) devastating effect in your B2B marketing copy.